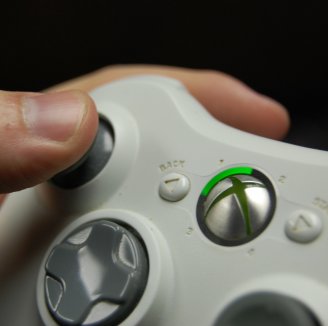 For many people, video games represent one of the few ways that you can take your mind off of everyday stress in today's world. It is unquestionable why they have become part of our culture: they are convenient, engaging, cathartic, often relaxing, and fun. Whether you are focused on making your way through an intricate maze, or laughing with some friends as you camp an enemy's spawn, gaming represents an increasingly popular leisurely activity. In fact, gaming has become more than just a pastime, it has evolved into a career choice for many people. However, as we spend more and more time indoors, on the couch, or in our computer chairs, the related increase in health issues is hard not to spot.


An Increase in Obesity

You have undoubtedly heard by now that obesity has become an epidemic of astronomical proportions in recent years, and that it is only getting worse. Could this have something to do with us spending more time indoors, on said couch, or in said computer chairs? What we do know is that obesity is a major risk factor for serious health issues, including type 2 diabetes, heart attacks, cancer, depression, sleep problems, erectile dysfunction, stroke, and the list goes on. The truth is that our technological advances have made us much more sedentary. Things become even worse when you consider the fact that – in technical terms – a lot of us are overeating these days, too.

Source: What Are The Health Risks of [Being] Overweight and Obesity?

Gamers are often stereotyped as overweight and constantly downing junk food, handful after handful, but this is not always the case. In fact, there are two popular versions of the gamer diet, which include snacking too often or not eating frequently enough. Unfortunately, neither are healthy. There may be two separate issues at play for overweight gamers: adding too much food to their regular diet by incorporating snacks into their gaming sessions, or not expending enough energy because of their gaming sessions while eating their regular diet. In both cases, this is considered overeating because more energy is being consumed than is being used – and that extra energy gets stored as fat!


An Increase in Sleep Deprivation

Besides the uncomfortable truth that we are putting on the pounds these days, we are also sleeping less and less. Americans are now sleeping a full hour less, on average, than they did in the early 40s, right as computer technology really started taking off. Computer technology is believed to be a major factor in our sleep deprivation: it creates artificial light that tricks our brains into thinking it is daytime, it keeps our brains in an aroused state when we should be preparing to shut down, and a lot of us spend valuable sleep time using it – especially gamers during long gaming sessions. Eating or snacking right before bed, which many gamers are guilty of, can ruin your sleep too as it activates your digestive system. Of course, sleep deprivation can also be caused by being overweight, as mentioned above. Lacking sleep is much more serious than most people realize. It leads to heart attacks, heart disease, stroke, and you guessed it – diabetes.

Diabetes changes everything for a lot of people, right down to their gaming habits. Long, enthusiastic gaming sessions may become shorter and less intense because blood sugar levels must be checked and adjusted periodically with food or medication. Many diabetics may even game less frequently as they spend more time exercising. The ability to enjoy video games can be affected by diabetes, as well. Some games require complete and present immersion to understand what is happening or become emotionally invested, which is not always possible when you have to hit pause and check your blood sugar level every few hours.

Source: The Insight: Gaming With Diabetes


Gaming Is Not All Bad

We have to address the elephant in the room: there are worse things one could be doing other than playing video games all day long. Besides, video games and their technologies are constantly evolving. There are now video games that actually require physical movement to play, which is called “active gaming,” and many of these games encourage physical exercise, as opposed to the more “traditional gaming” of sitting on the couch. There are also several health benefits to playing a disciplined amount of video games, such as improving hand-eye coordination and possibly fending off depression. The world of gaming is now a multi-billion dollar industry that employs countless people. Video games often play an integral part in scientific research, as well. Did you know that there are video games that help treat eye disorders? There are even video games that newly diagnosed diabetics can play in order to learn more about how to manage their diabetes.

What is Active Gaming?

How Video Games Can Teach Your Brain to Fight Depression

How Do Video Games Affect Your Vision?

While gaming may be linked to the rise in numerous health issues, including diabetes, it may still be a healthy pastime in moderation. Hardcore gamers that like longer gaming sessions should be more mindful of their health. They should be more mindful of their diet, the amount of physical activity they are getting, and the amount of time they are spending playing video games. They should consider replacing junk food with light, healthy snacks and periodically taking breaks to stretch and exercise. Gamers should also pay more attention to their sleeping habits and make sure that their gaming is not interfering with their sleep.

Health & Wellness
Overview It is estimated that 20 percent of all couples suffer from some sort of infertility issue. Infertility is considered an issue when a couple has had unprotected sex for a year and have not managed to conceive. Infertility comes in different types which are primary infertility and secondary infertility. For couples that are facing an infertility problem the question of success rates of fertility stimulation drugs such as Ovidrel and Clomid are sincere concerns. Primary infertility is when diagnosis states that both of the partners have never conceived before while secondary infertility is when either or both of them have had a child before but can't conceive again currently. It is an issue that many couples are facing and turning in to fertility drugs and procedures have been the solution to adopt. Fertility drugs work differently depending on factors such as your age as a woman because older women tend to respond to fertility drugs slowly than ...
Explore

Voltaren gel vs Voltaren cream - which is better? Uses, Prices and Side Effects Compared

Health & Wellness
What Is Voltaren? Let's first define what Voltaren is. Voltaren is a medication containing diclofenac, an NSAID (nonsteroidal anti-inflammatory drug), and it is a non-inflamatory. Diclofenac is used commonly for inflammatory joint disease, such as rheumatoid and osteoarthritis.1 NSAIDs reduce substances in the body that cause pain and inflammation. 2 Diclofenac is classified as a COX-2 inhibitor, which specifically targets an enzyme involved in pain. There are side effects to taking NSAIDs orally, so topical preparations have been developed for site-specific application that delivers more of the medicine to an affected area while decreasing absorption into the rest of the body. It is more of a surgical strike of sorts. With this strategy, the pharmaceutical industries are constantly trying to improve absorption, while increasing pain relief and decreasing the chances of side effects from systemic absorption.   What is Voltaren used for? Diclofenac, the active ingredient i ...
Community Articles