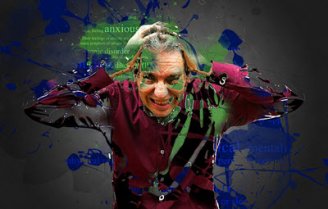 The definition of general anxiety disorder, “GAD,” is an exaggerated state of persistent worrying that is uncontrollable and impairing, occurring more than 50% of the time over at least 6 months. It is often accompanied by distress, apprehension, mood irritability and even physical manifestations, such as fatigue and muscular tension.1

There is evidence that the biochemistry of the brain is heavily involved, including neurotransmitters.2,3

Treatment for GAD involves identifying and addressing the following:

Genetic factors are already done and can’t really be undone. However, identifying a family history will help identify other co-morbidities that will affect treatment. For example, if a major depression figures prominently in a parent, clues to the same, well-hidden before learning the family history, may become identifiable. Success in treating GAD may depend, for instance, in adequately treating major depression, diagnosed during GAD assessment.

Neuropsychological factors, such as variations in the brain’s glucose metabolism and receptor site (for neurotransmitters) density, can be addressed with diet, antidepressants, anti-anxiety agents, and benzodiazepines.

Developmental and personality factors, such as psychological deterioration from traumatic childhood experiences, can be addressed from a psychiatric approach, especially useful if there is a component of depression or panic disorder.

The nuts and bolts of treatment—CBT and medication

Cognitive and behavioral therapies are educational interventions that teach relaxation, coping skills, stress management, and assertiveness training.4 It is most successful when a patient is motivated. Skills are practiced during repeated exposure to stressors and stimuli, and repeated resolutions reinforce its success.

CBT is also helpful in depression, PTSD, panic disorder, OCD, and even medical conditions (smoking, over-eating, etc.), so it is doubly useful when someone suffering from GAD has one of these as a co-morbidity.

- SRIs. SRIs are “serotonin reuptake inhibitors,” which inhibit the metabolizing of serotonin so it hangs around longer in the nerve cells’ synapse. Serotonin is active in feelings of well-being.

Examples of the benzodiazepines:

Side effects include sleep disorders, diarrhea, nausea, and fatigue. They are not used in pregnancy (Category “D”). They have a high abuse potential, and sudden withdrawal can result in seizures and death, especially in those benzodiazepines with the fastest onset of action, such as alprazolam (Xanax). Although they are not recommended as part of a strategy for pain management, they often are begun after orthopedic surgery and then continued, combined with narcotics, which is an extremely hazardous situation.

This is a drug which breaks down into gabapentin (which is the drug Neurontin). This is an anticonvulsant, thereby inhibitory to runaway nerve impulses.

Side effects include dizziness, headaches, nausea, nervousness, and “paresthesias” (misfiring of nerves, producing tactile sensations such as “pins and needles,” itching, etc.).

Recent studies have championed a combined approach of CBT plus medication (“augmentation of CBT”). Such treatment can result in an 80% resolution rate but this result takes years.

General anxiety disorder is a genetic, evolutionary, and biochemical impediment to the day-to-day goings-on for persons who suffer with it. It is important to address it, not only to improve the chance of eventually resolving it, but to identify other serious disorders that may be hiding within it, waiting for the right moment to erupt. Such “co-morbidities” require therapy in their own right, which is addressed in the next article.

Health & Wellness
Zoladex is a man-made form of a hormone that controls different functions of your body. It is used to treat many types of the medical conditions including prostate cancer and bleeding disorders. This medication is available online and different stores. The Zoladex cost might differ a little depending on the stores. If you are planning to use Zoladex, make sure that is recommended by a doctor. You should not take it without the recommendations of your physician.   Do you want to know more about the Zoladex drug such as the Zoladex cost, benefits, and side effects? If yes, then you are in the right place. In this article, you will come to know both the negative and positive effects of this man-made hormone.   What is Zoladex?   Zoladex is a drug that impersonates the action of your gonadotropin-releasing hormone. This hormone influences the release of sex hormones such as the estrogen and testosterone. It is used to treat breast cancer, prostate cancer, and e ...
Explore

Health & Wellness
There is a plethora of information on the internet regarding the use of magnesium for the treatment of depression. A natural alternative may seem like a miracle for those who do not wish to take pharmaceuticals or who experience severe side effects from conventional treatments, but does it really work? Has magnesium been found to treat depression?   There are very few studies recording the use of magnesium in a treatment regimen for depression. That’s not to say that it doesn’t work but that there aren’t hard, scientific facts. A notable study conducted in 2017 found that magnesium was effective for those experiencing mild to moderate depression. That being said, participants of the study knew they were taking a placebo. Many would argue that this is could potentially alter the results. As well, many patients were already taking antidepressants. While reports still showed improvement, some in the medical field may consider this to be a flaw.   ...
Community Articles