Can Nortriptyline Get You High? 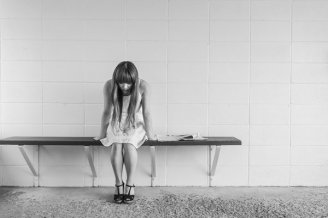 Nortriptyline hydrochloride is a tricyclic antidepressant used to treat symptoms of major depression in adults. It is also being used off label for anxiety disorder, neuropathic pain, and nicotine addiction. It is contraindicated in pediatric and young adult patients due to risk of suicidal ideation. Aventyl and Pamelor are the common brand names of nortriptyline that is used to treat depressive symptoms. Both are supplied in a capsule (10mg, 25mg, 50mg, 75mg) and oral solution (5ml, 10ml) form. The availability of more recent generation of selective serotonin reuptake inhibitors (SSRI) causes a decline in prescribing tricyclic antidepressant, but with regard to endogenous depression or melancholic subtype, nortriptyline has higher success rates than SSRIs.

This medication is a 2nd generation tricyclic antidepressant approved for the treatment of depression. The exact mechanism of action of tricyclic antidepressants is not yet fully understood. It is believed that tricyclics work by enhancing the action of norepinephrine and serotonin by blocking the reabsorption of various neurotransmitters in the brain. Depression is thought to be caused by an imbalance or deficiencies in these neurotransmitters. Delaying the reabsorption of norepinephrine and serotonin increases their impact on brain function. Depression subtypes that are caused by such imbalance will benefit from nortriptyline, but not all types of depression are caused by decreased serotonin or norepinephrine.

On hallucinations and getting “high”

Though there are some online reports and anecdotal stories of people getting high for taking large doses of nortriptyline, these reports are not warranted due to lack of existing evidence. It is very dangerous to take this drug in large doses; do not attempt to use Pamelor or Aventyl for recreational purposes. One of the major risks in taking this antidepressant is the risk of suicidal thinking and suicidality behavior in children, adolescents, and young adults. In fact, nortriptyline’s black box warning gives emphasis to that. Even though actual suicide reports are uncommon in the patient population mentioned, the risk is worth emphasizing to promote awareness among family members and caregivers on the importance of close monitoring and communication with the clinician. After all, having depression, anxiety, and other psychiatric problems is, in itself, associated with suicide risks.

While hallucination is listed as possible psychiatric adverse reaction for nortriptyline, its recreational potential has not been confirmed. Tricyclic antidepressants, in general, are not habit-forming, so you are less likely to get addicted to nortriptyline. A person in recovery for addiction to other substances can safely take nortriptyline for depression. However, withdrawal symptoms may ensue if you suddenly stop taking it. Withdrawal symptoms are clinically referred to as discontinuation syndrome. Do not stop taking your medication without consulting your doctor. Doing so can result in withdrawal symptoms such as dizziness, headache, anxiety, muscle pain, nausea, vomiting, and excessive perspiration.

The severity of symptoms seems to depend on the length of time you have been taking the medication. Those who have been taking the drug for two months or less may experience milder discontinuation syndrome symptoms. To avoid these symptoms, antidepressants must be tapered prior to discontinuation.  Discontinuation syndrome can begin within 24 hours of missing a dose or abrupt stopping of treatment. Severe symptoms may occur after three to five days, peaking at day five. Most patients reported feeling unwell up to three months following complete cessation of the drug. Since nortriptyline is not addictive, your symptoms may be similar, but your condition is not the same with substance-abuse patients experiencing withdrawal. This means rehabilitation is not required, but you need to be under the guidance of a medical professional to minimize its negative effects.

Let your doctor know if you want to stop taking your medication. Rehabilitation programs are not necessary for people with discontinuation syndrome due to antidepressants. The most important step in preventing symptoms of withdrawal is gradual adjustment of dose over several weeks. Most doctors decrease the dose once every couple of weeks, so that patients will have time to adjust to the lower quantity of the drug. You may still experience symptoms even if your dose is titrated gradually. It’s important to communicate with your doctor at all times while your body is adjusting to the diminishing amount of the drug in your system. Do not change your dose or stop taking your medication without discussing it with your doctor. If you do feel as if you are experiencing adverse effects, contact your doctor for more information.

Pharmacy Checker vs.Big Pharma: The Antitrust Suit You Need to Know About

Health & Wellness
Did you know that brand name medications can cost up to 90% less from legitimate Canadian pharmacies and foreign pharmacies than from a US pharmacy?   The universal need for safe, accessible, low-cost medication is at the center of online pharmacy directory Pharmacy Checker’s recent lawsuit against the National Association of Boards of Pharmacy (NABP), Alliance for Safe Online Pharmacies (ASOP), Center for Safe Internet Pharmacies Ltd. (CSIP), LegitScript LLC, and Partnership for Safe Medicines, Inc. (PSM). A ruling in favor of Pharmacy Checker would champion the human right to affordable medication and push to the forefront the issue of inappropriate shadow regulation. It would help websites like You Drugstore continue to do what we do. Is Pharmacy Checker Legitimate? Pharmacy Checker evaluates and accredits online pharmacies that sell brand name medications at low prices. It provides a legitimate online pharmacy list and information on safely impo ...
RELATED ARTICLES

Anxiety: Can You Really Blow a Gasket?

Health & Wellness
Can Anxiety Cause High Blood Pressure? I have to confess, I didn’t even know what a gasket was until I Googled it. I was learning different things while the rest of the world was learning about the things that make our lifestyles possible. Still, a failed mechanical seal between parts is an accurate, if horrifying, metaphor for having a stroke, which is one of the worst-case end-point scenarios of hypertension (high blood pressure), the other being a heart attack. The Mechanics Of Blood Pressure Control Or The Lack Thereof Your blood circulates with enough force to deliver oxygen to everywhere in your body. The walls of your arteries are somewhat elastic in that they can rebound by sudden rises in the loads passing through them, like what happens when your heart races, causing pressure from the inside of the blood vessels. Another mechanism, vasoconstriction, causes the walls to tighten up, which puts pressure on the blood within from the outside. The body, in its brilli ...
Explore

Health & Wellness
Quick facts: Cialis is a prescription-only pill used to treat erectile dysfunction (ED) in men age 18 years and above. It was granted US FDA approval in February 2003. Under a different brand name, it is also used to treat pulmonary hypertension and benign prostatic hyperplasia. Cialis helps men with ED to achieve and maintain an erection, but only in the presence of sexual arousal. It takes at least 30 minutes for Cialis to take effect. Cialis stays effective for up to 36 hours. You should take this medication not more than once every 24 hours. You should only take Cialis under the doctor’s supervision. Cialis can be taken as needed or as a once-daily pill in a lower dose. Tadalafil does not increase a woman’s libido or alter her sex drive in any way. How long does it take for Cialis to take effect? You’ll notice the effects of Cialis within 30 minutes of taking the “as needed” dose. It continues to be effe ...
Community Articles