Drug Allergies - What Causes Them?

Drug Allergies - What Causes Them? 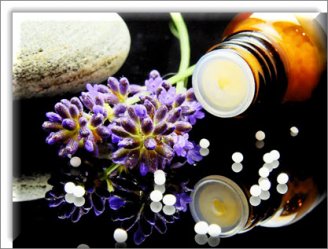 So goes the credo when deciding whether to use a medication. All things taken into account, including the disease—untreated vs. treated, the side effects, the allergic reactions, and the untoward effects, it will either be better or worse for a person to take any medication.

Aren’t you what you eat?

We have evolved as a self-contained bag of processes, using biochemistry to make energy, regulate processes, and control organs. Introducing a substance that has a chemistry that isn’t the same is going to get noticed by your body. Thankfully, whether helpful or not, your body uses three main things to eliminate danger:

You are not what you absorb!

Hepatic—the liver alters the molecules of foreign chemicals so that they can be excreted into the colon for elimination via the feces or delivered to the kidneys to be filtered out and urinated away.

You are what you don’t detoxify!

Renal—the kidneys will clear many foreign molecules, filtering them out of the blood and dumping them into the urine.

You are what you keep!

These three filters, the GI on the front end, the hepatic in the middle, and the renal on the hind end, alters any alien biochemistry, sometimes to better working molecules, but ultimately for elimination. In spite of these three protective organ systems, there can still be danger when taking any medication.

What could possibly go wrong?

Besides the obvious pitfalls of stomach, liver, or kidney disease which may lessen the protective mechanisms of each, drugs can sidestep the organs altogether to create:

These are unintended effects occurring at normal doses related to a drug’s pharmacological properties. They are effects other than the ones intended or that go beyond the desired effect.

For example, the drug sildenavil (Viagra), originally derived from a drug to treat low blood pressure (hypotension), can cause hypotension as a side effect.

An adverse reaction, according to the WHO, is “a response to a drug which is noxious and unintended, and which occurs at doses normally used in man for prophylaxis, diagnosis, or therapy of disease…”2 “Serious” adverse events are adverse events that are life-threatening, require hospitalization, or result in disability.

For example, Viagra, which can effect the chemistry of color perception in the eye (the mechanism of action for erections can crossover with those of color perception), might result in a temporary “blue vision” (cyanopsia) when the vision becomes more sensitive to brightness, especially in the blue-green spectrum. It is usually temporary, but in some cases, visual or auditory deficits become permanent, which would indicate a “serious” adverse event.

An untoward effect is an unexpected reaction not consistent with the usual information or known characteristics of the drug.3

In the 1950s, the drug thalidomide, used as a sleep-aid during pregnancy, resulted in babies born with limb abnormalities. This was unexpected and tragic, and led to it being discontinued immediately after discovery. Similarly, tetracycline—a popular antibiotic—caused browning discoloration of children’s teeth. Although this was an untoward effect, it was not considered a serious adverse event, so tetracycline is still available, but pregnancy and childhood are listed as contraindications.

For example, picking on Viagra once more, it can mix badly with other nitrates used to treat hypotension, causing serious cardiac events. Alcohol, as well, can potentiate its hypotensive tendencies. Taking it with erythromycin, a popular antibiotic, may result in higher levels of the sildenafil in the body.

Allergic reactions5 are, in fact, allergies to the medication. These are a result of the immune system. If exposure to a drug, for some reason, provokes an acquired immune response, it could prove life-threatening if given again, since the immune system has been “primed” to attack it, along with some overreaction (allergy). This is why drugs—or drugs in the same class—are avoided if there were ever an allergic reaction (hives, rash, trouble breathing) noted with a prior administration.

These are all different, yet some people think side effects are allergies, more think that adverse events are simply malpractice, and most don’t even know what “untoward effects” are. Nevertheless, they are all sobering consideration when choosing a drug to treat a condition, or in considering whether to treat that condition at all.

Once again, it all comes down to risk vs. benefit. If the risk of an antidepressant is fatigue, this is a better gamble than to risk the possibility of suicide. Statins may cause muscle cramps and damage,6 but getting the cholesterol under control is more likely than the side effects and can save someone from a stroke or heart attack. A life-threatening sepsis (blood infection) can result in hearing loss with certain antibiotics, but the alternative is unacceptable. Steroids can result in gastric bleeding, antifungals and acetaminophen can cause liver damage, and kidney damage can occur with contrast media used in imaging studies. All of these are reasons that a physician must be involved, of course.

In adding up all of the bad reactions of drugs with the good that they do, the “good” side of the spreadsheet is an exponentially longer column. A 99% chance of everything going right dwarfs the < 2% risk of something going wrong. This is especially true if a disease or condition is 100% dangerous. If someone’s a betting man (or woman), the odds are with ‘em, because a physician can stack the deck in their favor.

Health & Wellness
Puregon Fertility Drug is Used To:   Induce the development of many follicles in assisted reproductive technology such as in vitro fertilization and intrauterine artificial insemination. Trigger ovulation in women with polycystic ovary syndrome after being unresponsive to Clomifene Citrate or females undergoing fertility treatment due to problems with ovulation. Increase sperm production in men, particularly those with hypogonadotropic hypogonadism, although it is a rare condition   The medication is only available with a doctor’s prescription and given through injections. The drug contains follitropin beta as the active ingredient, which is a man-made version of a natural hormone known as follicle stimulating hormone (FSH). Puregon injections are used to treat infertility in both men and women.   How the Drug Works   Follitropin beta which is a copy of the natural FSH affects the ovaries in females and testicles in males directly. In ...
Explore

Health & Wellness
Hormonal balance is very important; when the hormones are properly balanced, the body works as expected. But when they are out of balance, the body begins experiencing problems. Estrogen, commonly termed as the female hormone and testosterone considered as the male hormone are crucial in the reproductive system. Men can experience elevated levels of estrogen. But does a man produce estrogen? Yes, a man’s body produces estrogen but in low levels. It’s produced mainly by adrenal glands as well as the testicles. Estrogen hormone is important in a man; it plays a critical role in bone density, lipid metabolism, sexual maturation, and growth. However, it becomes a problem when the levels rise causing a number of problems in a male like: Water retention  Gynecomastia  Acne  Cholesterol problems  Cardiovascular issues  Low libido  Infertility  Erectile dysfunction Prostate problems Breast cancer When estrogen levels are elevate ...
Community Articles