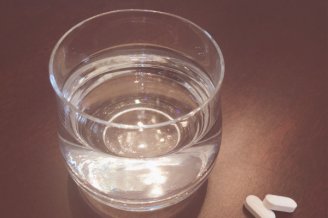 Most complications that occur because of drugs mixing badly will occur while a patient is in the hospital. This is just a matter of the environment because the hospital is where the sickest patients go. The sheer volume and assortment of drugs increase the risk of an adverse drug event (ADE). Patients in the hospital are likely to be exposed to the newest medications as their diagnosis progresses during their admissions. Even though there are drug-interaction monitors in electronic health record (EHR) programs and a dynamic pharmacy, the sheer number of medications and the rapid introduction of newer marketplace medications not yet in the database puts these patients at risk for suffering an ADE.

What about outside of the hospital?

In the hospital, there is only one chart, so all the medications will be listed together. In the out-patient setting in private practices and clinics, patients who go to different doctors will have their entire roster of medications spread out over many different databases, such as different EHRs. For example, a patient using the blood-thinner warfarin (Coumadin) from their internal medicine doctor may be getting an antidepressant from their psychiatrist, which increases the risk of bleeding. A patient getting digoxin (a heart stimulant for congestive heart failure) from their cardiologist is 12 times more at risk for digoxin toxicity when prescribed clarithromycin (Biaxin), an antibiotic, from their primary care doctor.
Additionally, things that are not drugs, per se, can interact with medications. Alcohol is a famous example, but it is a drug. Grapefruit juice, a non-drug, can interfere with a number of drugs either by causing them to build up in the body (toxicity) or interfering with their absorption.
Several over-the-counter (OTC) preparations can be intrusive into the goings-on of prescribed medications, such as St. John’s Wort or antifungals (clotrimazole/Desenex).

What are the most common drug interactions?

The following are the four primary ways drugs can interact or interfere with other drugs:

Drugs that displace the bound form (the storage form in the circulation) of another drug, causing too much free drug to circulate and essentially leading to toxicity

Drugs particularly at risk are those with a very narrow range of safety, such as digoxin and lithium.

Drugs that interfere with how a drug is absorbed, notably in the gastrointestinal tract.

Many aluminum-containing antacids can bind with a drug, such as ciprofloxacin, affecting its transport through the stomach wall. Antacids will decrease its absorption.

There are thousands of prescription and OTC drugs available today and more that have spent years in the development pipeline. Therefore, it is impossible to list all of the interactions. This is where computers come in. Computers are made to list and cross-reference things. Therefore, the most comprehensive sources for identifying drug-drug interactions are the numerous online drug-interaction checkers, some of them listed below. Even doctors rely on these, as it is impossible for anyone to know all the drug interactions.
That being said, a doctor should be a patient’s first choice in addressing this concern because specialists and primary doctors often have a favorite set of prescriptions they use for the conditions they most frequently see, so they are well-versed over specific risks. Also, although the online checkers are comprehensive, there is no perspective to be gleaned. Do patients really want to forgo a drug that is 100% effective for their life-threatening condition when it has only a 1% chance of interacting with another one of their drugs? A doctor can provide such context and perspective, a computer can’t.

Health & Wellness
Can seasonal allergies cause acne?   No. But they can stimulate an acne tendency. Acne is a pore problem, but if allergies irritate the skin (your skin can be allergic, just like your eyes or throat), cellular debris will build up faster. So, no, but indirectly…yes.   What do seasonal allergies feel like?   Since seasonal allergies are a group of conditions, there can be any combination of sneezing, runny nose, sore throat, itchy throat, itchy ears, poor sleep at night, and itchy eyes.   When does spring allergy season end?, when is allergy season in my particular area? When does it end?   The following map can help you determine whether allergy season has kicked in your particular area in the United States. This tool is hosted in WebMD.    Source: https://symptoms.webmd.com/seasonal-allergy-map-tool/default.htm      This other map can help you determine if allergy season has started in your provi ...
Community Articles