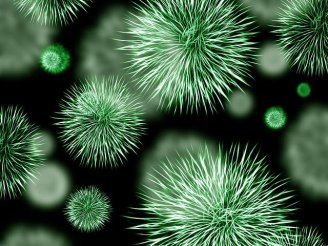 This article primarily will center on GU infections of the bladder and kidney. But first, an introductory metaphor to illustrate the issue at hand.

Look at any stagnant pond. Covered by green scum and stinky, it is an entirely different ecosystem from what is typical in a flowing, renewing, currents of water. The human body is no different. It doesn’t like standing collections of fluid. When that happens, the conditions become excellent for invaders who seize the opportunity to set up house.

Whether it’s fluid behind the ear drum of a child swimmer, bile stasis from gallstones interfering with drainage, or a consistent puddle of urine from incompletely emptying one’s bladder, one thing is certain: infection will occur. Our bodies are dynamic, and there are repetitive sequences (e.g., heartbeat), feedback loops (e.g., menstruation), and spaces awash with fluids that balance filling with emptying (e.g., the bladder). Anything interfering with these dynamic processes will be noticed very quickly.

Like the liver, the kidney is also a detoxifying organ. It is a dialysis machine, but such a machine takes up several cubic feet at a dialysis facility; in contrast, the body’s natural dialysis machine is packed efficiently (and miraculously) into the size of a fist. The pair of them filter the bloodstream both passively and actively, producing a stream of urine that is collected and passed down the ureters (see below). They also monitor the state of hydration and the blood pressure, producing hormones that help regulate both.

The paired ureters begin as a confluence of collecting spaces in the kidney, merging into a single tube on each side of the body. They have muscles within them that “milk” (peristalsis) the urine down their lengths toward the bladder, where they dump the urine.

The bladder allows us the convenience of leading lives unconcerned about continuously dripping urine at our feet. Its capacity allows us to ignore our urine for hours at a time or all night long, until the amount of urine reaches a “critical mass” enough to incite contractions, resulting in urination.

Infections of the GU system—UTIs and Pyelonephritis

Most GU system infections begin in the bladder. Because it is the liaison between the inner body and the outside world, outside world bacteria can get into it, driven in by the mechanical action of intercourse or just by its proximity to the environment. These can result in a bladder infection (cystitis), what is most commonly thought of when using the term urinary tract infection (UTI).

Once in the bladder, if untreated, the infection can spread upwardly up the ureters into the kidneys, and from there into the blood stream (“sepsis”). Alternately, a blood infection (sepsis) can transfer bacteria to any organ in the body, including the kidney. A kidney infection is called pyelonephritis.

Symptoms of a bladder infection are burning with urination, bloody or dark urine, bad odor (not to be confused with a strong urine odor, which might be a matter of dehydration), and urinary frequency and urgency. These symptoms can occur within hours.

Symptoms (and signs) of a kidney infection include severe back pain, which can be limited to one side if only one kidney is infected, and fever (usually high and spiking). A kidney infection is usually obvious when a patient jumps as the examiner taps on his or her back over each kidney.

A kidney stone is formed when the chemistry of what you eat clashes with the filtration process. As such, there are different types of stones, but they all cause the same symptom. They hurt. Either when sitting in the kidney itself or when trying to navigate the peristalsis of the ureters toward the bladder. The ureters are exquisitely sensitive to spasm, and a stone is a famous provocation for rushing to the ER. It is considered one of the worst pains there are, in the same league with heart attacks. If the stone gets stuck, then there are two problems: it causes obstruction with a fluid collection above it (remember the stagnant pond) and it can act as a foreign body. The human body does not like foreign bodies. They are invaders and the body will launch a sortie of offensive weapons, including inflammatory substances and angry immune cells. The standing fluid makes one prone to an infection, but so does the foreign body—it’s double jeopardy.

Treatment of a simple UTI (cystitis) is, well, simple. It’s a matter of using antibiotics that are cleared by the kidneys and spill into the urine to fight the infection there. But there’s a twist: the correct antibiotic must be used. This is where the “culture and sensitivity” (C&S) comes in. A C&S will take a sample of the urine which is put it into a culture medium to see if anything grows in it and if so, what. Once the specific bacterium is identified, then this bug is tested against an assortment of antibiotics. The bacterium may die when exposed to all of them, but more likely will exhibit resistance to one or more of them. This will determine, then, which antibiotic to select.

The problem is that a C&S can take days, losing valuable treatment time; this is unfortunate, because the longer an infections brews untreated, the harder it is to eradicate. Therefore, a compromise strategy is initiated which involves giving a broad spectrum antibiotic until a best, specific antibiotic is selected. Initially, this may mean the wrong one is given, but usually it’s more likely that an appropriate one got a 2-day head start on the infection while awaiting the C&S results.

Other than antibiotics, a simple cystitis of the bladder is often treated with cranberry juice, a practice that persists even though the studies demonstrating this ability have been unconvincing. It is thought that the cranberry juice will acidify the urine back to what is hostile to bacteria and that it prevents bacteria from sticking to the bladder cells, leaving them free-floating for swishing them out with the next urination.

Treatment of a kidney infection is more of an emergency. Untreated, pyelonephritis can lead to sepsis or to scarring of the kidney, resulting in some degree of kidney failure and possibly trading a fist-sized dialysis machine for a much bigger one in a facility. Untreated, pyelonephritis can even lead to death. The kidney’s a big target, and when it gets infected, it’s a big infection. Usually hospitalization is required, with later-generation antibiotics or combinations of antibiotics delivered to the kidneys via IV.

Treatment of a stone is, at its most conservative, hydration to increase the flow of urine so that the stone will pass. When this proves unsuccessful, the stone can be pulverized by sound waves (lithotripsy) or surgery. Further treatment should address dietary prevention and other predisposing factors.

Genitourinary infections of the bladder and kidneys are usually straightforward and usually respond to a straightforward strategy of choosing the right antibiotic and vigilance for successful resolution. Treatment and prevention are explored in the next article.

Health & Wellness
Cialis (tadalafil) belongs to the second generation of phosphodiesterase 5 (PDE5) inhibitors—a group of drugs that serves as a first-line treatment for erectile dysfunction in men (ED).  Tadalafil is also approved for the treatment of prostate enlargement. Eli Lilly and Company is the sole manufacturer of Cialis, but its patent is about to expire in September 2018. Losing exclusivity to their wonder drug means another company can manufacture a generic Cialis, which in return will cause a definite slide in sales. Branded drugs lose up to 90% of their earnings when generic versions are released in the market. The lifestyle drug Cialis, like Pfizer’s Viagra, is a PDE5 inhibitor, which naturally degrades cyclic guanosine monophosphate or cGMP. The erection-assisting property of PDE5 inhibitor drugs occurs within the spongy erectile tissue of the penis. The penis is maintained in a flaccid state until contraction of the cavernosal muscle and constriction of penile ar ...
Community Articles