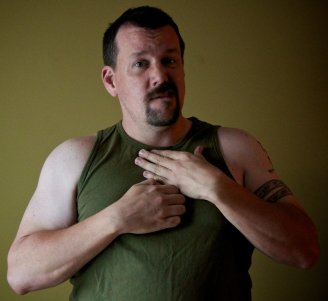 After a physical examination, a man finds out his cholesterol is slightly high. The doctor tells him that it is not yet bad enough to require medication, but tells him to do at least 15 minutes of “heavy breathing exercise” a day. Feeling pretty lucky, the man goes home and tells his wife suggestively how she can help him get his exercise. She promptly gets on the phone and enrolls him in a kickboxing class. Feeling rejected, the man explains to her that he had something else in mind to help him get his exercise. She replies back that the doctor said, “it has to last at least fifteen minutes!”

Although humorous, this short anecdote highlights a number of truths about cholesterol.

The most common type of medications used to treat high cholesterol are statin drugs. Statin drugs are HMG-CoA reductase inhibitors, which means they inhibit cholesterol production in your body. They can actually reduce your overall cholesterol by up to 60 percent. Commonly prescribed statin medications include Lipitor, Crestor, Zocor, and Mevacor (also known as Altoprev), which you can order online from You! Drugstore. There are other types of drugs that are commonly used to treat high cholesterol as well.

If you have a prescription for any of these medications, you can fill it at You! Drugstore by logging in or Registering a new account.

Wait: What are triglycerides?

If you are worried about your cholesterol or triglyceride levels, make an appointment with your doctor to have them checked. If you are concerned with keeping them at a healthy level, be sure to get plenty of exercise and eat a low-fat, healthy diet.

Chances Of Getting Pregnant From Precum

Health & Wellness
Are you aware that for you to get pregnant; there are a few things needed? Well, the following must be present:   Healthy egg from a woman Quality sperm from the man A warm and a healthy environment- to support the egg for fertilization and implantation   Most people have the basic knowledge of how the reproductive works; however many misconceptions go around reproductive health, for example, you can’t get pregnant from precum.   What is Precum?   Precum is the bodily fluid that usually seeps from the penis during intercourse Cowper’s glands produce the fluid It travels from the urethra then to the penis It is also known as pre-ejaculate, pre-ejaculatory fluid, pre-seminal fluid or Cowper’s fluid   You now understand what pre-ejaculate is; let’s move to the misconception that you can’t get pregnant from precum. Truth be told, there are chances of getting pregnant from precum.   What are the chances of getti ...
Community Articles