How Does Ovidrel Work

How Does Ovidrel Work 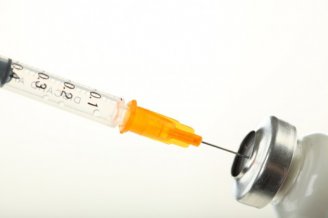 Ovidrel is a drug that is used to treat infertility in women that are in their reproductive age. Ovidrel is a hormonal drug that comes in the form of a prefilled syringe which contains Human Chorionic Gonadotropin (HCG). HCG is a hormone that supports a woman's menstrual cycle by ensuring full development of an egg in the ovary and seeing through its release during ovulation. Some women experience problematic ovulation that leads to infertility. It is important to answer the question how does Ovidrel work in order to fully understand its functions and benefits in fertility.

Prior to the administration of Ovidrel, the patient undergoes thorough checkups in general health and gynecologic health to ascertain their legibility for the drug. It is important to reveal all your medical information to the doctor before Ovidrel is prescribed to you. Your doctor should know of any present allergies to foods and drugs, current prescription and non-prescription drugs that you are consuming, planned surgeries, and a history of blood clots in the family and individually.

Tell the doctor if you are breastfeeding, are pregnant, have blocked fallopian tubes, adrenal gland disease, bleeding in the urinary tract, and thyroid disease. However, the thorough gynecologic evaluation may reveal any underlying issues that may be necessary when determining the prescription of Ovidrel. The drug is not administered to pregnant women, women with HCG allergy and other ingredients in Ovidrel, and women with a history of abnormal bleeding of the uterus.

Seeing as Ovidrel is a hormonal drug that triggers ovulation, it works by completing the final stage of egg development and release. This last stage is aided by the HCG hormone. The drug is administered in accordance with the strict guidelines given by the doctor. The Ovidrel shot is preferably administered two inches to the side of the belly button or two inches below the belly button.

Ovidrel is used to trigger ovulation for the purpose of pregnancy. As such, it may be used solely for women with developed follicles that just require a nudge to complete the development of the egg. It may also be used together with other drugs during a fertility treatment program where it comes in at the final stage to complete development of the egg and ensure its release during ovulation. The drug comes in prefilled syringes that are injected under the skin or directly into a muscle. The initial dosage of the drug is administered by a doctor in a health facility. Afterwards, the patient is taught how to self-inject at home.

The doctor will conduct a couple of checkups during the fertility treatment program to check for the full development of the egg and ovulation. It is highly advisable that you follow the given instructions to the latter in order to maximize the benefits of Ovidrel. In the event of a missed dose or overdosage, contact your doctor immediately in order to get clear instructions on the necessary steps to take.

After learning how does Ovidrel work, it is important to learn some of its possible side effects. The side effects include nausea, vomiting, pain and bruising on the injection site. Any side effects should be reported to the doctor. Ovidrel has proven to be a successful trigger hormone that aids the facilitation of pregnancy.

Health & Wellness
Epilepsy—When the Brain Goes Crazy but the Person with the Brain Isn’t   What is epilepsy? What say you, Erasmus? In his 1818 edition of “Laws of Animal Causation,” Dr. Erasmus Darwin, grandfather of the more famous Charles Darwin, wrote, “The spirit of animation is the immediate cause of the contraction of animal fibres…resides in the brain and nerves, and is liable to general or partial diminution or accumulation.” Well said, Erasmus. But then he states, in “…the various kinds of epilepsy…a pain or disagreeable sensation is produced, frequently by worms, or the acidity in the bowels or by a diseased nerve in the side, or head, or by the pain of a diseased liver.” Worms and liver pain notwithstanding (remember, this was state-of-the -art medicine in 1818), at least he nailed it with citing a “diseased nerve…in the head.”   Fast-forward from 1818 to 2017, how is epilepsy ...
Community Articles