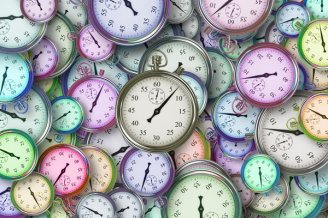 How long does it take for Cialis to take effect?

You’ll notice the effects of Cialis within 30 minutes of taking the “as needed” dose. It continues to be effective for up to 36 hours, compared to 4–6 hours from Viagra or Levitra. However, PDE5 inhibitors won’t be effective without sexual stimulation. One study has shown that tadalafil may start working as early as 16 minutes.

Not Sure What Cialis Is?

Cialis (generic name: Tadalafil) is a phosphodiesterase 5 (PDE5) inhibitor—a type of drug that is used to treat erectile dysfunction or impotence in men. PDE5 inhibitors block the action of the enzyme phosphodiesterase type 5. This enzyme affects normal erectile function. While it’s generally safe and effective, it may cause some mild and temporary side effects such as headache, stuffy nose, flushing, and indigestion. There are rare occurrences of priapism (erections lasting for more than four hours) reported with Cialis’ use. If you experience prolonged erection, regardless if it is painful or not, seek medical help immediately.

Cialis is usually prescribed at the lowest dose of 10mg to be taken when anticipating sexual activity. Depending on the patient’s tolerability, it can be increased to a maximum of 20mg. If you are not responding with the treatment or if frequent sexual activity is anticipated, your doctor may prescribe that you take a lower dose of 2.5mg or 5mg once daily. If you are taking Cialis daily, do not increase your dose without consulting your medical provider. The 10 and 20mg preparations are not intended for daily use.

How does Cialis work?

Similar to Viagra and Levitra, Cialis works by improving blood flow to the penis, but it remains active for a longer period of time. Tadalafil is the active substance of Cialis and it works by blocking the phosphodiesterase enzyme in the penis. PDE5 breaks down cyclic guanosine monophosphate (cGMP)—a substance essential for attaining and maintaining an erection. It causes the smooth muscles of the penis to relax and allow the flow of blood, which is an important factor in the natural erection mechanism. Following sexual arousal, penile erection can occur through the release of nitric oxide (NO). Accumulation of cGMP facilitates the widening of blood vessels. By blocking the enzyme that degrades cGMP, the effects of NO in the blood vessels is enhanced. Tadalafil is a selective inhibitor of PDE5, exhibiting over 10,000-fold more potency for PDE5 than other phosphodiesterase enzymes (e.g., PDE1, PDE2, PDE4, and PDE7). Because of its low affinity to PDE6, which is found in retinal photoreceptors, Tadalafil rarely causes visual changes—a common side effect of other PDE5 inhibitor treatments.

How long do the effects of Cialis Last?

Most studies comparing tadalafil (Cialis) and sildenafil (Viagra) revealed a significant preference for Cialis than Viagra. A study by Von Keitz and colleagues showed that 73% of patients chose tadalafil over sildenafil. While authors of the studies did not provide an explanation for this finding, there are some possible reasons for such preference. Tadalafil is probably preferred because it is better tolerated and because of its higher potency and duration, lasting up to 36 hours. When co-administered by alcohol, Tadalafil did not affect the cognitive function effects of alcohol, although some participants experienced dizziness and hypotension.

What You Need To Know About Tamoxifen In Bodybuilding