How to Use Cialis for Best Results?

How to Use Cialis for Best Results? 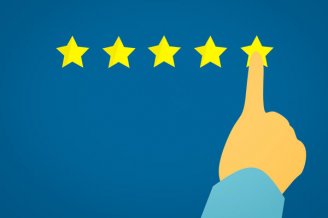 While it may still be taboo to talk about erection problems, finding help has never been easier. However, not all erectile dysfunction (ED) treatments are equal. Pharmacologically, PDE5 (phosphodiesterase type 5) inhibitors still rule the market. Sildenafil (Viagra), tadalafil (Cialis), and vardenafil (Levitra) are the popular options. Though they all belong to the same drug class, they are not the same and should not be used interchangeably, unless there’s a go signal from your doctor.

Pfizer has achieved a game-changing feat worldwide for releasing Viagra. Some people call it the “vitamin V” but it is still not the super drug ED sufferers believed it to be. After all, you need to plan your sexual activity within 4 hours of taking it, leaving no room for spontaneity. When Cialis, aptly nicknamed The Weekend Pill, was introduced as having a half-life of 17.5 hours, it was granted FDA approval the next year.

What a longer half-life means

Biological half-life refers to the time it takes for half of the drug to be metabolized or removed from the bloodstream. Upon reaching its half-life, the drug will be 50% less active. Cialis has a half-life of 17.5 hours, which means its effect can last up to 36 hours.

The benefits of Cialis don’t stop there; it is also indicated for the treatment of benign prostatic hyperplasia and pulmonary hypertension. Now that you have chosen to treat your ED with Cialis, you might be wondering how to maximize its effects. In order for an ED drug, specifically PDE5 inhibitors, to create the best outcome, you must know when and how to take it properly. Leave unrealistic expectations out the door, as it can do you more harm. Viagra and Cialis cannot magically give you an erection. Knowing how the drug works will also help you understand your health condition and its management.

Simply put, PDE5 inhibitors increase blood flow to the penis to facilitate erection, but you need to be sexually aroused before it can do that. The engorgement of the penis takes place when the blood vessels carrying blood to the penis increase the delivery of blood, and the ones carrying blood away from the penis decrease the removal of blood. Following sexual stimulation is the production and release of nitric oxide (NO). This substance activates the production of cyclic guanosine monophosphate (cGMP). The role of the cGMP is to control the amount of blood that goes in and out of the penile erectile tissues. In normal setting, an enzyme called phosphodiesterase-5 destroys cGMP. There are high levels of PDE5 in the retina, lungs, and penis. What PDE5 inhibitors, like Cialis and Viagra, do is block the action of the PDE5 enzyme, so that cGMP stays in the system longer and keep the penis engorged.

Antidiuretics - To Pee or Not to Pee

Health & Wellness
To diurese or to anti-diurese—that is the question. So begins a pair of articles about increasing or decreasing the amount of urine output. This first one will discuss anti-diuresis, or the inhibition of urinary output. This is done with drugs called antidiuretics, and to understand them, it is helpful to discuss nature’s way of doing the same thing with a hormone upon which the synthetic drugs are based. What is Anti-diuretic hormone (ADH, or vasopressin)? The posterior pituitary gland in your brain stores and releases anti-diuretic hormone (ADH, or vasopressin), which is made in the hypothalamus. This hormone decreases the amount of urine that is produced by your kidneys. At first, this sounds like the opposite of what is desirable, because urinating several times a day is a good indicator that all is well—your heart is pumping blood with enough healthy force to reach your kidneys and a good blood pressure there is obviously in effect. So directly it give ...
Explore

What is Voltaren Gel Used For?

Health & Wellness
Voltaren gel (generic name: diclofenac gel 1%) is a nonsteroidal anti-inflammatory drug (NSAID) that is used to treat joint pain caused by osteoarthritis (OA) of the hands, wrists, elbows, knees, ankles, or feet. It is the first prescription topical gel approved to treat joint pain secondary to OA. FDA Approval and Indications Novartis was granted regulatory approval by the US Food and Drug Administration for Voltaren gel—the first topical treatment that patients can apply directly to their skin to relieve pain associated with osteoarthritis. As per FDA guidelines, it is only approved for “relief of the pain of osteoarthritis of joints amenable to topical treatment.” That statement elucidates that Voltaren gel may not work in areas covered with thick muscle, but that does not stop physicians from prescribing the drug to be used in areas other than the approved indications. Though it’s not illegal to use a drug off-label, medical providers should discus ...
Community Articles