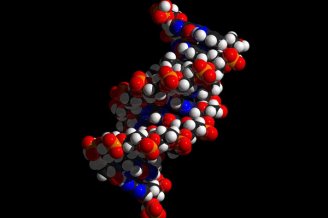 Cialis (tadalafil) belongs to the second generation of phosphodiesterase 5 (PDE5) inhibitors—a group of drugs that serves as a first-line treatment for erectile dysfunction in men (ED).  Tadalafil is also approved for the treatment of prostate enlargement. Eli Lilly and Company is the sole manufacturer of Cialis, but its patent is about to expire in September 2018. Losing exclusivity to their wonder drug means another company can manufacture a generic Cialis, which in return will cause a definite slide in sales. Branded drugs lose up to 90% of their earnings when generic versions are released in the market.

The lifestyle drug Cialis, like Pfizer’s Viagra, is a PDE5 inhibitor, which naturally degrades cyclic guanosine monophosphate or cGMP. The erection-assisting property of PDE5 inhibitor drugs occurs within the spongy erectile tissue of the penis. The penis is maintained in a flaccid state until contraction of the cavernosal muscle and constriction of penile arteries ensue. When there is sexual stimulation, nitric oxide (NO) is released, which then stimulates the production of cGMP. The substance triggers a series of reactions leading to the relaxation of the corpora cavernosa muscle and dilatation of penile arteries. Blocking the action of PDE5 prevents the degradation of cGMP, resulting in its accumulation in the penile smooth muscles and arteries.

Tadalafil starts to take effect between 30 minutes to six hours, with a median time of two hours. The rate and extent of absorption of the drug is not affected by food, thus you can take it with or without food. Cialis comes in two “as needed” preparations: 10mg and 20mg and in daily doses of 2.5mg and 5mg. The perceived advantage of tadalafil over the two PDE5 inhibitor is its longer duration of action. The half-life of Cialis is 17–24 hours or longer, an advantage for those who prefer spontaneous sexual activities. But, not all patients find this benefit worth celebrating. Some men reported erections in non-sexual setting, which they find disturbing, such as when urinating. Daily dose of 2.5mg or 5mg Cialis is also being utilized so that the drug stays longer in the body and allows the benefit of spontaneity.

Exclusivity refers to the period of time given to a brand-name drug to protect it from generic competition. The aim of exclusivity is to find a healthy balance between a new drug invention and generic drug competition. In the United States, a patent may last up to 20 years. When the patents expires, exclusivity is waived and FDA no longer blocks generic approval.

What happens when Cialis’s patent expires?

Generic versions of the drug can join the market if the manufacturer has shown that the product has met all standards of approval set by the FDA. As the first generic version, the drug applicant may also apply to get an exclusivity of 180 days. Eli Lilly has struck a licensing agreement with Sanofi in 2014, giving them the right to sell over-the-counter version of Cialis in the US, Canada, Australia, and European countries. Eli Lilly can recoup their losses through licensing fees. Another way to improve earnings is if they choose to offer Cialis as an OTC medication, luring patients who are embarrassed of the social stigma of erection problems and who are not keen on discussing their condition with a medical professional.

Health & Wellness
Viagra (sildenafil) and other similar products (Levitra and Cialis) are in the class of drugs known as phosphodiesterase type-5 (PDE5) inhibitors. When sildenafil failed to qualify as a product in the antihypertensive market, penile erection, one of its side effects, was used as an opportunity to market it as something that was never before offered, for a condition never medicinally treated before. Suddenly, impotence became a dysfunction called erectile dysfunction and dysfunction meant a medical abnormality that warranted treatment. The biochemistry Nitric oxide (NO) widens blood vessels, thereby increasing circulation, and also inhibits the breakdown of a cyclic guanosine monophosphate (CGM), which controls nitric oxide’s role in vasodilation, by phosphodiesterase. By inhibiting the breakdown of the controlling CGM phosphate, the nitric oxide can continue to vasodilate.  Viagra, a PDE5 inhibitor, took the market by storm when it was first made available. Beca ...
Explore

Health & Wellness
The vagina remains in good health if things remain stable and friendly, but since it exposes an internal part of a woman’s body to the outside world, it is at risk for infection. Vaginitis is the word used to describe an irritation of the vagina. The most common three conditions resulting in vaginitis are, in order of frequency: Bacterial vaginosis (BV)—from bacteria Yeast vaginitis—from fungus Trichomonas vaginitis—from a protozoan When it is a bacterial infection, this usually entails a change in the vagina’s internal environment, swapping out the beneficial lactobacilli for an overgrowth of the invader. It is the good lactobacilli bacteria of the vagina which help it maintain its acidic environment so it will be hostile to infections, except for yeast. Yeast vulvovaginitis I explore this ahead of the others, because yeast infection is the first thing suspected by a woman when she begins symptoms that involve burning, itching, redness, ...
Community Articles