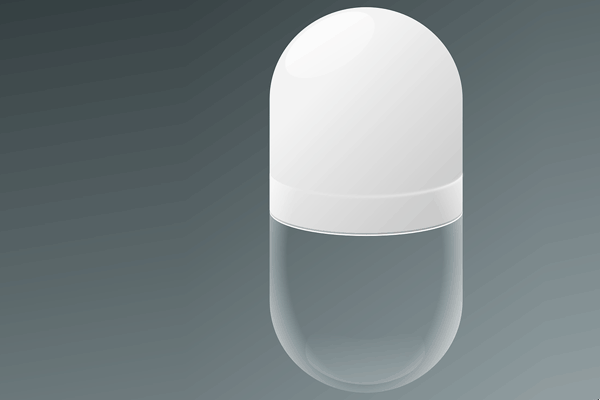 There is a plethora of information on the internet regarding the use of magnesium for the treatment of depression. A natural alternative may seem like a miracle for those who do not wish to take pharmaceuticals or who experience severe side effects from conventional treatments, but does it really work?
Has magnesium been found to treat depression?
There are very few studies recording the use of magnesium in a treatment regimen for depression. That’s not to say that it doesn’t work but that there aren’t hard, scientific facts. A notable study conducted in 2017 found that magnesium was effective for those experiencing mild to moderate depression. That being said, participants of the study knew they were taking a placebo. Many would argue that this is could potentially alter the results. As well, many patients were already taking antidepressants. While reports still showed improvement, some in the medical field may consider this to be a flaw.
Nevertheless, the authors state that statistically, these things were adjusted toward objectivity, and people still improved on magnesium.

Nowhere in the study is it stated that magnesium is better than antidepressants. The reality is over 50% of people who suffer from depression gain significant improvement with antidepressants. In the study mentioned, something different was concluded: people with depression had some improvement with their depressive symptoms and anxiety after being on a magnesium supplementation for several weeks, including the study participants who were already on antidepressants. As well, the study specifies that magnesium can help treat those with mild to moderate depression. There is nothing specific to suggest that magnesium can be an alternative therapy; although, it may work for patients that do not experience severe depression.
As well, in searching other scientific sites, it turns out that magnesium, which has been touted for its antidepressive properties for a hundred years now, does play some role in the improvement of depression. But here’s the catch: magnesium deficiency is just as likely to contribute to depression as depression’s real causes are associated with magnesium deficiency. The operative phrase here is “associated with,” not “caused by.” Overall, what this means is that no one knows yet the exact role of magnesium in depression, although there seems to be some degree of association.

What does magnesium even do?

First of all, most people have normal amounts of magnesium because the kidneys police the amount of it by either excreting it when there is too much or retaining it when there is too little. Most magnesium comes from one’s diet, particularly from leafy green vegetables, whole grains, milk, beans, lentils, fortified cereals, and nuts. It is actually used in over 300 enzyme systems for such things as protein synthesis, DNA synthesis, muscle and nerve function, glucose control, nerve function, and blood pressure, among others.

How does one know if he or she is magnesium deficient?

Should I use magnesium for depression?

All considerations of treatment with any supplement or medication boil down to benefit versus risk. With magnesium, there seems to be no real downside in using it. The worst thing that can happen is diarrhea, which would indicate when excessive amounts magnesium is used. If you are thinking about trying magnesium out, you should talk to your doctor about whether or not it might interfere with any medications your may be taking.

What is the right amount of magnesium if one were to try it?

The right dose, based on the study, is about 250mg of magnesium a day. Certainly no one should ditch his or her antidepressant in exchange for magnesium alone; instead, the decision to use magnesium is one that should be made between a patient and their doctor. However, there does not seem to be any serious downside to using magnesium to treat depression.

Health & Wellness
You have noticed that your breast has enlarged in size. You are worried since you are a man and in confusion which steps to take next. Out of desperation you have approached one of your friends and disclosed what you are going through. Your friend has advised seeing a doctor for a prescription of Letrozole for gyno. You have scheduled a visit to the doctor, but you are wondering what is Letrozole? First, you have to understand the meaning of this medicine and gyno. What is Letrozole? The drug falls under the category of aromatase inhibitors (AI’s). It is a hormonal therapy and it is available under the doctor’s prescription. Letrozole is the generic name whereas, Femara is the brand name. This medication is used to: Manage and prevent breast cancer (it is the main use of this medication) To treat gynecomastia To treat infertility problems  What is Gynecomastia? Gyno (gynecomastia) is a condition that affects males. Men’s bre ...
Explore

How to Avoid Hidden Gluten

Health & Wellness
Gluten is a protein found in grains such as wheat, which means that products like breads are off-limits for anyone who has a gluten intolerance. While avoiding bread may be obvious, anyone with a gluten intolerance knows all too well that gluten often appears in the most unexpected places. Many hot dog brands, for example, use fillers containing gluten in their products. To avoid the pain and discomfort that gluten can cause, those with a gluten intolerance or celiac disease must learn which products have an unexpected gluten content. Foods are not the only potential source of hidden gluten. When anyone with celiac disease has a medical condition, such as heart disease, high cholesterol, depression, or erectile dysfunction, they may find themselves with a new prescription. Along with that prescription come worries about what exactly is in that little pill. The pill of course contains the active ingredients that help the medical condition, but those active ingredients are usually conta ...
Community Articles