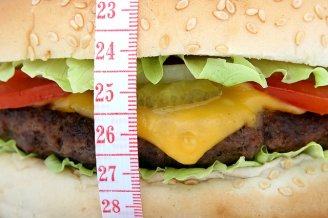 Cholesterol is Good for You?

To understand Multiple Sclerosis (MS) you first have to deal with some preliminary information about our grandly designed human body. “Design” is a controversial word, because it implies a designer. Yet, the coordinated processes that make the whole thing work can evoke admiration—often stunned admiration—for the unfathomable complexities, ingenuity, and infinite synchrony it uses, from every millisecond in every cell of our bodies all the way out to the better part of a century.

Enter cholesterol, the villain of industrialized nations that is often unfairly judged by the company it keeps: obesity, hypertension, early death. Cholesterol, however, is itself very complicated, and as it turns out, very necessary for us. There is good cholesterol (HDL, or high density lipoprotein) and bad cholesterol (LDL, or low density lipoprotein). Their mix and proportions can determine your risk of cardiac and vascular disease, which themselves increase the risks of heart attacks and strokes—a whole ‘nother article.

Good cholesterol? Can that be?

The simple answer is yes, because HDL-cholesterol is actually an anti-inflammatory agent, so it can be useful in toning down auto-immune diseases and even just the process of aging. But it does something else, without which would make your life impossible. Cholesterol—especially the HDL variety, has a protein in it which makes something called myelin.

What Is A Myelin Sheath?

Myelin is a coating or sheath around nerves that makes them conduct nerve signals faster. An example of this can be found in pain. The sharp pain we experience with sudden injury is a signal carried by myelin-coated nerves. This has a survival advantage because it allows us to be alerted to danger very quickly. (A kick to the shin gets your attention very quickly.) On the other hand, the burning pain of chronic pain is usually carried by un-myelinated nerve fibers, which is a slow transmission of signal.

What Is The Function Of A Myelin Sheath?

As mentioned so reverently above, the design is amazing, because the speed of the conduction is governed by the thickness of the myelin coati. The genius of it is that different myelinated nerves have different thicknesses of this coating. This allows information from different parts of your brain to all arrive at a certain location for processing in spite of how far away the original inputs begin. The different speeds of conduction allow simultaneous convergence of information. This becomes apparent when thinking about, for example, a car honking and skidding wildly toward you. The sounds come from your sense of hearing—ears, your eighth cranial nerve, and your hearing-interpreting centers, the sights come from your optic nerve, your visual interpretation centers, your flight-or-fight response from somewhere else altogether for decision making, etc. Just imagine what would happen if all of these signals arrived at different times. (“Just imagining” this requires this very process of variation in thicknesses of your nerve myelin sheaths.)

What Is Multiple Sclerosis?

Multiple sclerosis is a disease process in which an inflammatory process causes the destruction on myelin, and then this destroyed myelin can be replaced by scar tissue. Depending on where on the nerves the myelin deteriorates will give a large variation in the symptomsii. In relating this disease to the cholesterol discussion above, it is noteworthy that studies have shown MS-sufferers have a lower amount of the good cholesterol—the HDL, yet the results of giving “statin” drugs to raise the HDL have not been conclusive in helping MS just yet, though low-fat diet, lifestyle changes, and exercise have been seen to have a positive impactiii.

Women are afflicted twice as often as men. MS can be caused by an auto-immune condition or even by a virus (notably, the Epstein-Barr virus, which also causes mononucleosis).

According to the Mayo Clinic, symptoms can include:

These symptoms can worsen into mental changes (depression) and paralysis. Remember, with the myelin being affected, the brain is not going to be working like it should. Most people have MS in a relapsing/remission pattern, flare-ups lasting weeks or months and periods of remission that can sometimes last for years. Others may suffer the primary/progressive type. For the primary/progressive type, there is only one FDA-approved medication, which only slows the disease.

Unfortunately, there is no “MS test.” The diagnosis usually requires that your doctor rule out the other things that can cause your symptoms, although an MRI can show MS lesions in the brain and electrical assessment of your nerves can assess how well signals are conducted.

Treatment, aside from anti-inflammatory steroids and the auto-immune-blocking ocrelizumab (Ocrevus), can also include other agents for the relapsing/remission variety of MS, such as beta interferons, glatiramer acetate (Copaxone)—blocks immunological attack of the myelin; dimethyl fumarate (Tecfidera), Fingolimod (Gilenya), teriflunomide (Aubagio), alemtuzumab (Lemtrada) for relapses; and natalizumab (Tysabril) that blocks immune cells.

Non-medical approaches include physical therapy, muscle relaxants for spasticity, and other meds for fatigue, pain, depression, bladder and bowel problems, and sexual problems.

Is There A Cure?

There is no cure for multiple sclerosis.

MS can smolder, but the statistics do indicate a shortened life span of a dozen or so years, although figured into this is the increased suicide rate. Therefore, with suicide unfairly biasing the “mortality” of MS, it is important that treatment of depression and mental changes be as much a priority as treating the physical complaints.

One day, the book on autoimmune attacks on the body will be wide open, but today patients suffering from MS are living from page to page. This article should be considered belonging to the suspense-thriller genre, but the science is moving fast, that surely we should soon be able to write a happy epilogue for it.


Thank You For Reading!

How to Increase Low Sperm Count in Men

Health & Wellness
Reproduction is considered as a simple and a natural way for many couples. But this is not the case for some couples; it is a challenge to conceive. A man is termed as fertile if the quantity and quality of his sperm are okay. If you produce low sperm count and of poor quality; it becomes tough to impregnate a woman. Male infertility can be diagnosed after carrying out the test on both partners and reproductive issues found in the man. One of the leading causes of male infertility is low sperm count and poor quality sperms. It is very traumatizing for a man to fail to cause a pregnancy. It is also frustrating and stressful. However, it can be rewarding for you to be aware of the steps to take to deal with infertility and in the long run become more fertile. The first action you should take is how to increase sperm count. But how do you go about it and what is sperm count? What is sperm count? Sperm count is the number of sperm ejaculated by a man; it is the total number ...
Explore

Health & Wellness
Psychotic mental illness has always been very challenging to deal with because it’s always been difficult to classify. Generically defined as a break with reality, the psychosis spectrum of classification is changing constantly; but over the years it has seemed to settle into a spectrum that ranges from bipolar disorder to schizoaffective disorder to schizophrenia psychosis. Of these, the bipolar disorders—what used to be called manic-depression—can have some features of psychosis and therefore may benefit from the antipsychotics, too. Neurotransmitters and the brain The brain is a very busy place, day and night, and the traffic of neurotransmitters is relentless, which is what gives it its amazing capabilities. “Balance and imbalance” of brain chemicals are not entirely accurate words in assessing mental health, because it is seldom a give-and-take of only two things, but a mixed consortium of perhaps hundreds of things that need to go right to keep thi ...
Community Articles