Periods and Their Elimination—Would You Miss ‘Em?

Periods and Their Elimination—Would You Miss ‘Em? 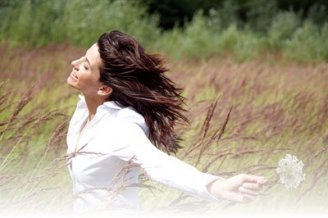 While maintaining reliable contraception, there is a buzz all over the internet about how the oral contraceptive (birth control pill, or BCP) can be manipulated (off-label use) to artificially manipulate one’s menstrual cycles and by doing so, one’s periods. Before entering the discussions on this, however, the standard way to use the pill—the "Label" way—needs mentioning.

Using the standard 28-day pack, which contains 21 days of active combination-hormone pills, ending with 7 days of placebo, will maintain contraception while artificially orchestrating a perfect 28-day cycle. That means a period at the end of each pack. Alternately, there are 21-day packs that assume a woman will simply go pill-free for 7 days after the 21-pill pack is empty.

“Off-label” use means using a medication in a way not approved by regulatory agencies such as the FDA with an otherwise approved "label" use of a given drug.

Regulatory agencies “approve” (by acquiescence) of using a drug off-label. Since it is legal, the pharmaceutical companies often avoid further investing vast sums of money just to get the “label-approved” stamp. Such alternative use, to be safe, must be designed and supervised by the prescriber.

In the cycling pattern of the typical 28-day packs, since taking the placebo pills means a woman’s body is no longer being supported hormonally during these days, the lining (endometrium) of her womb (uterus), losing this support, falls apart—that is, she experiences a period. With acyclic (without cycling) use of the pill, the woman skips the placebos and moves right on into the next pack of hormone pills, bypassing the period altogether. This technique has been used for generations to dodge periods that might have occurred during a honeymoon, vacation, athletic competition, etc. It is purely convenience. Oh, but what a convenience it is for women who simply hate periods and the mess, cramping, and emotional swings that come with them!

What does amenorrhea mean?

Acyclic birth control is called induced amenorrhea (no periods, or manipulating periods away). Amenorrhea is the medical word for the absence of periods. The pill was originally designed to mimic the normal cycle, suppressing any bleeding for 21 days but then letting it ensue for 7 via the placebo pills at the end of each pack.

Why? One of the most popular hypotheses out there says this was a marketing decision

The hypothesis goes as follows. The pharmaceutical companies knew women in the 1960s, when such a thing as a birth control pill was so new, would flip out if they didn’t have their periods. For women, seeing a period every month was the traditional way to assess whether everything was going normally. Doing it any other way would have meant lower sales, and so, the period lived on.

As of today, the psychological need to see a period every month has gone by the wayside, as long as the pill did what it was supposed to do—prevent pregnancy. Such a manipulation proved so valuable for the aforementioned honeymooners, competitors, vacationers, or just those women who hated the mess and inconvenience of periods, that some pills were marketed with the placebos placed only at three month intervals (Seasonale, Seasonique, or to put it quaintly, with apologies to the band, the Byrds, for every season there is a period…). Additionally, consider women in the armed forces who would otherwise have to deal with periods in the field.

Eliminating periods altogether is simply a method of skipping the placebos every time and going right on into the hormonal ones of the next pack. One pill, Lybrel (the “no-period birth control pill”), has no placebos and is designed to be taken consecutively over 365 days. One need not take Lybrel, however, for this benefit. Any monophasic pill can be used, just ignoring the placebos and moving on to the next pack. See a list of various contraceptives here.

Is acyclic birth control unnatural? Or even ethical? What does history have to say?

Women and their partners had no problem preventing ovulation with the BCP, which is the primary way it works to prevent pregnancy. So the question is this: is preventing a period any more unnatural than preventing ovulation? Some people argue that both of these are natural. They usually argue that something else is very unnatural, and that is a woman who has periods every month for years.

Those in pro of eliminating periods by using BCPs off-label, usually urge to consider that monthly periods are not as natural as we may think. Here is the common argument in which they rely on.

Periods were not common.

Before oral contraceptives, women in their reproductive years were either pregnant or breastfeeding. Periods were not common. Women married very young (usually in their teens) and went on to have their families, the only thing spacing out children being the breastfeeding that naturally interfered with their normal cycles and ovulations. Women were not designed to have years of periods, perhaps suggested by the increased breast cancer rates in women who have had no pregnancies. Also, female marathon runners often have amenorrhea, as the vigorous exertion lowers progesterone, needed to mature the lining of the uterus which sloughs with periods. Is long-distance running unnatural?

When the question arises as to whether eliminating periods is unnatural, yes, it is, when done via BCPs; but so is the prevention of ovulation. Because there is no overt outward sign of ovulation like there is with a period (bleeding), the main mechanism of the pill is ignored. This is nothing more than turning a blind eye. When history weighs in, it becomes apparent that what is unnatural, except the childless-by-choice, is having a period, month in and month out, year in and year out.

If tampering with a natural phenomenon for convenience seems unethical, all one need do is turn to many other ways we manipulate our lives to feel better about ourselves, i.e., insulin to treat diabetes!

Historically, monthly periods don’t fare well. Ethically, opposition to the acyclic induction of amenorrhea is a bit hypocritical if one feels that preventing ovulation is O.K. So, although preventing periods is indeed unnatural, so is preventing ovulation and pregnancy, and—certainly—so is having periods every month for years. The bottom line is that women who prefer not to have them can now safely eliminate them, which is no different than any other unnatural things done for a quality of life in today’s modern world.

What are the best pills to use for induced amenorrhea?

Although monophasic pills are best for the acyclic use of oral contraceptives, the others can be tried, but are more likely to result in breakthrough bleeding because of the variations in their hormone content.

Among the monophasics are Yasmin, Ortho brands, Demulen, Lo/Ovral, Loestrin, and others.

Health & Wellness
Cancers, for example, breast cancer, need estrogen hormone to spread. Therefore, aromatase inhibitors such as Letrozole are used to treat and prevent breast cancer since they minimize estrogen levels in the body, slowing development of cancer cells. It’s crucial to note the drug is used in menopausal women. Why is it used in menopausal women? The drug may trigger ovulation in women of childbearing age and an unwanted pregnancy may occur. So, if the doctor prescribes the drug and haven’t reached menopause, you must use birth control which is non-hormonal for example, condom or diaphragm in combination with a spermicide; request the physician to advise you on the best non-hormonal birth control. Why the Doctor May Prescribe Letrozole Letrozole 2.5 mg is the normal dosage which is used and is available in the form of a tablet which is taken once per day or as instructed by the health care provider. Apart from treating cancer, the doctor may administer Letrozole in t ...
Community Articles