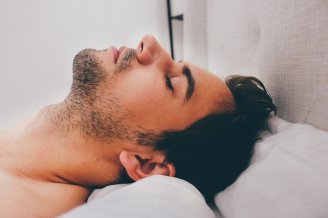 How are sleep disorders treated?

A sleep disorder is called a parasomnia. Treatment of parasomnias, of course, depends on the specific disorder, which ends up being an itemized bullet list of “If A, then B” (see below).

Sleep disorders discussed below include:

The need for sleep and the need to fix sleep disorders

Itemized bulleted lists can fan out the differences among them, but what unifies all of the sleep disorders is the end-result on the person who suffers with inadequate sleep. Lack of alertness is dangerous. Daytime fatigue makes more likely poor judgement (deficits in information processing), delayed reaction time when microseconds count, and reduced vigilance which can result in an overcorrection when suddenly startled awake by a crisis. One needn’t operate heavy machinery to be in harm’s way. The National Highway Traffic Safety Administration reports that each year there are 100,000 fatigue-related car crashes. This is a conservative estimate, because there is no forensic way to measure one’s alertness or sleepiness1. Also, fatigue is often hidden or overlooked when superseded by alcoholism or drug abuse, cited as the primary cause of an accident.

Another startling aspect of sleep disorders is that being sleepy all day may be the least of one’s problems. Psychopathology such as schizophrenia, depression, anxiety, and attention deficit disorder all include sleep disturbance as a risk factor2. Migraine headaches3, heart disease, hypertension, chronic pain, and gastrointestinal problems are all considered comorbidities (associated simultaneous illnesses) 4.

There is another penalty—one that is seldom considered. The majority of adults sleep with a partner. This sleep benefit is an often overlooked intangible, but it is important in a relationship. There is an ambience—a camaraderie of intimacy in feeling the presence of another human being, dear to the sleeper, all night long and feeling this presence and closeness during the multiple sleep transitions throughout the night. Sleep disorders take an unappreciated toll on the marital bed; relationship quality is dependent on sleep quality and vice versa5. It is more than waking the partner up with movements, gasps, or starts; it is the loss of the sleep-intimacy.

How are sleep disorders treated?

The following disorders are explored and explained in the previous article. Herein, as promised, is the bulleted list of treatments:

A third of people with narcolepsy will also have cataplexy, a sudden, fleeting episode of muscle weakness, with full consciousness, triggered by emotions or laughing.

Vigilence is necessary because of a higher risk for hypertension, cardiomyopathy, arrhythmias, and in high doses, psychosis, with amphetamines.

This is not to be confused with the little jerks common during the transition from wakefulness to sleep. This is a dream-enactment eruption during REM sleep, ranging from hand gestures to violent thrashing or kicking. Bed partners make the diagnosis first! Because normal REM sleep is accompanied by a muscle paralysis of skeletal muscle, the abnormal volatile physicality seen in RBD may be a warning signal for Parkinson disease or other related disorders, because both involve a degeneration of neurons. Treatment of RBD is typically with

Nightmares are a mix of complex visual imagery and emotional investment in them while sleeping. Post-traumatic Stress Disorder (PTSD) is a cause of nightmares. Occasional nightmares are normal, but those of PTSD involve intrusive thoughts that can carry on into wakefulness. For the PTSD variety of nightmares, because of their interference with PTSD management, the following are noteworthy:

Such as restless leg syndrome.

This is a different, independent disorder altogether. It was formerly thought to be a sleep disturbance due to other health conditions, but this is false, as treating the suspected underlying conditions may not improve the insomnia. Nevertheless, when there are other conditions related to it, treatment of both yields the best results.

It can be associated with psychiatric disorders or provoked by time mismanagement of one’s day, overachieving and as such, being overexcited.

In today’s laptop and handheld world of devices, it can also be aggravated by late-night photostimulation (bright light interference that confuses the mind’s light/dark circadian sensitivities). Remembering our evolution, we evolved to go to sleep when it got dark. Keeping the lights on messes with our clocks and the right tumblers won’t line up to allow falling asleep. Cognitive-behavioral therapy (CBT) for insomnia has been shown to have a positive impact on both sleep and symptoms of depression and anxiety2, 6.

When severe and chronic, medications for insomnia include either a single agent are combination medications:

It is noteworthy that any drug or substance that impacts falling asleep may also interfere with your sleep cycle, which can bring about new problems. Alcohol, especially, although shortening the time to fall asleep, interferes with the sleep cycle later into the night. Marijuana (cannabis), a politically charged topic, has been shown to shorten the time for sleep, but may have effects on awakenings during the night7.

Sleep disorders (parasomnias) are a major phenomenon of modern living. As life demands more from us, especially during the hours we were meant to be sleeping, the hours we are meant to be awake are at stake. Treatment of sleep disorders that interfere with one’s quality of life, from conservative to aggressive treatments, should always be considered. A normal sleep/wake cycle is life as we know it, and anything less is destructive.

Health & Wellness
Trying to get pregnant and not having any luck with it is a matter that requires serious thinking. Usually, people try to seek out any viable possibility to have their own child, and that includes various hormonal therapies. But before you embark into something that can have so individual results you need to know what the success rate is for any of these products. One of these is “Gonal-F”. What is it, how does it work, and what is Gonal-F success rate? What is Gonal-F and How Does It Work? Gonal-F is a infertility treatment product from the gonatropin hormonal family. When you take fertility drugs like “clomiphene”, your body might not respond to it. That is when a gonatropin comes in and its function is to help you ovulate. Gonatropin can also be prescribed if you do not produce enough hormones (called FSH and LH) that are needed for ovulation. Gonatropin is also used when you’re under the procedure such as intrauterine inseminati ...
Explore

Effects Of Using Tamoxifen And Alcohol At The Same Time

Health & Wellness
What is the relationship between Tamoxifen and alcohol? Let’s have a discussion on each separately. Alcohol can be in the form of beer, wine, or liquor, which contains ethanol in different percentage. Alcohol consumption is highly discouraged, in some countries it’s an offense to sell it to a person under the age of 18 years. But why do people drink spirits?   Some Reasons Why People Drink   Stress –some individuals take it to relieve stress from life, such as relationships, money school, and work. The irony of this is that people end up with complicated problems such as alcoholism and make the problems they are stressed out for worse. Peer pressure – people are social beings and tend to drink if the surrounding people are drinking just to fit in the group; the pressure may be direct or indirect. One may feel obliged to take just a sip to please the peers. Direct peer pressure may be difficult to withstand when your friends are encouraging you to drink just ...
Community Articles