Smoking cessation and COPD: Smoke If You Got ‘Em?

Smoking cessation and COPD: Smoke If You Got ‘Em? 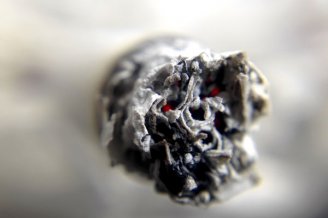 Cigarettes are magicians, except instead of causing illusions, they conjure delusions. If you’re young, you will believe that you have plenty of time to quit, yet because they’re as addictive as heroin, cocaine, and amphetamines, quitting is actually quite harder than it might seem. Indeed, for smokers under the age of 18, only one out of three will quit eventually. Of the rest who go on to smoke permanently, half will die because of it. The rest, depending on their medical histories and family histories of illness, will be compromised to some extent.

We all have to go somehow

Yes, everybody will, at some point, pass away. But, it’s the way you go that you need to consider. Lung cancer is a long, slow, and torturous affliction that dramatically affects the quality of life of its victims and even victims’ families and loved ones. It is fair to say that most will not want to pass away in this manner.

What if I don’t get cancer? Haven’t I dodged the bullet?

You may be able to avoid lung cancer, but there are other diseases that can occur because of smoking. This includes COPD, emphysema, chronic bronchitis, coronary heart disease, constant air hunger, dentures, many extra wrinkles, and even erectile dysfunction. In other words, heart and lung disease are most likely incoming for the majority of smokers.

What if I find it impossible to quit?

Quitting is undoubtedly hard, but for the sake of your life and the quality of that life, you must try every day. It may even help you smoke less. The mistake that many people who fail make is that they regroup for another attempt at quitting when they are up to it, which comes very rarely.

Merely changing the delivery method of how nicotine gets into your body means it is still getting into your body. You’re still filling the nicotine receptors in your brain, and the addiction is still present.
The only way to lose the addiction is to lose the nicotine. Do not be fooled by that myth that you need a cigarette to calm you down or that you’re too stressed out to quit, because nicotine is a stimulant.

What about cutting down slowly? Can that work?

So how do I quit?

You lose the craving for nicotine by not feeding the addiction. This may sound harsh and undoable, but there are ways to do this that do make sense and are, if followed diligently, efficacious.
A pharmaceutical way is with varenicline (Chantix and Champix). Varenicline helps by filling the nicotine receptor sites; this will not only reduce cravings, but it will also make cigarettes less enjoyable. Ultimately, less dopamine equals less reward.
Bupropion (Wellbutrin and Zyban), an antidepressant, also meddles with dopamine, which is frequently called the “reward neurotransmitter,” by affecting its recycling. Sometimes, bupropion is used to help smokers, especially those wanting to quit and have depression.

Aside from the high-failure methods of patches and gums and the pharmacologic strategy of reducing the effects of nicotine at the receptor sites via Chantix and Champix or Wellbutrin and Zyban, behavioral modification is another strategy, but it need not be exclusive: it can be used with the pharmaceutical approach. In respect to behavioral modification, follow these tips to ensure the optimal chance of success:

After I quit, how long before I’m an official non-smoker, risk-wise?

The only way to quit smoking is to conquer the addiction, which stands as its own disease. The only way to cure COPD is to not get it in the first place, which means no cigarettes. If you already smoke, quitting today lowers your risks more than quitting tomorrow, or next year, or the next decade, or the next anything.

Health & Wellness
There are many fertility treatments such as intrauterine insemination (IUI) and Pregnyl injection available for a couple having challenges with conception. Dealing with infertility isn’t an easy task and a couple should support each other to lessen the burden. If the situation becomes unbearable, the couple may seek professional help; for example, look for a counselor to offer guidance in the trying period. But you know what; others have made it, why not you? What is Intrauterine Insemination? IUI is a simple procedure in which the fertility specialist place sperm in your uterus; in short, it shortens the trip for the sperm to the fallopian tubes for easier fertilization in the presence of a female egg. The procedure is helpful to both men and women. IUI is the preferred treatment under the following conditions: Donor sperm  Unexplained infertility Low sperm count Poor sperm motility Ejaculation dysfunction and challenges with timing Hostile cervical mucus  ...
Community Articles