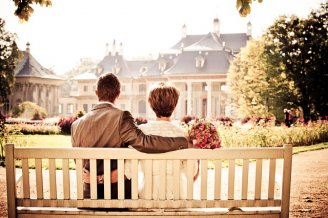 Viagra (sildenafil) and other similar products (Levitra and Cialis) are in the class of drugs known as phosphodiesterase type-5 (PDE5) inhibitors. When sildenafil failed to qualify as a product in the antihypertensive market, penile erection, one of its side effects, was used as an opportunity to market it as something that was never before offered, for a condition never medicinally treated before. Suddenly, impotence became a dysfunction called erectile dysfunction and dysfunction meant a medical abnormality that warranted treatment.

Viagra, a PDE5 inhibitor, took the market by storm when it was first made available. Because it was a drug that dealt with matters of sexuality, Viagra and the PDE5 inhibitors to follow, Levitra and Cialis, gained notoriety for both correct and incorrect reasons.

Almost anything that claims PDE5 inhibitors do anything more than improve one’s ability to have erections is generally a myth. For example, see the following myths:

“Stamina” is a euphemism for the delaying of premature ejaculation (PE). Climaxing in less than two minutes is a sexual dysfunction, but Viagra or the other PDE-5 inhibitors won’t delay it. PE is not a condition of circulation but rather a complex interplay among tactile sensitivity, psychological factors, and performance anxiety. Control of this disorder is by behavioral modification, topical numbing agents, antidepressants, or psychiatry that specializes in sexual dysfunction.

What a PDE-5 inhibitor can do is decrease the time between erections, which can effectively allow for more erections in a given time than what is expected without it. The time after ejaculation is called the refractory period. The time between the excitation phase and ejaculation is called the plateau phase. Viagra (sildenafil) and other similar products (Levitra, Cialis) do not extend the plateau phase, but they shorten the refractory period.

Viagra will make a penis bigger

A penis will only get bigger than when it is flaccid because erections involve the enlargement of the penis and the accompaniment of rigidity. In other words, Viagra does make someone’s penis any bigger than an erection makes it. The actual penis does not grow, so anyone hoping for extra tissue or enlargement of tissue with Viagra will be sorely disappointed. There’s a big difference between penis engorgement and penis enlargement.

That’s a no, too. If someone doesn’t need Viagra, he won’t see any difference in their erections, because no difference is needed. It does not make one harder than what would occur normally.

The only exception to this is using Viagra to counter the erection-killers, including cocaine, marijuana, ecstasy, alcohol, meth, etc. Caution is necessary when using illegal substances with PDE-5 inhibitors because the combined effects can be unpredictable.

If Viagra doesn’t work, do not try Cialis or Levitra

Any one medicine can do anything to anyone. As such, even while Viagra failure makes it more likely that Cialis or Levitra will not work, it’s not necessarily guaranteed, and one might benefit from them. You can never be sure of the effects of a drug it is tried.

Viagra is an aphrodisiac

It isn’t. Like oysters, rhino horn, and money, Viagra does not increase one’s desire for someone or make one more desirous to another.

Erections, like premature ejaculation, are a complex interplay of libido, romance, psychological factors, and relationship stability. Viagra does not create an erection without a true sexually arousing situation.

This is most certainly not the case. Use contraceptives during sex to prevent the spread of STDs.

No. Psychological factors and a hormone called testosterone control libido.

No. It treats it, but it only corrects the biochemical malfunction temporarily.

Since Cialis remains in the system for 36 hours, it’s possible to have a 36-hour erection

This is not true, although it is conducive for slightly more erections during that time if there are multiple sexually-arousing situations.

Not true. A larger dose is only helpful when a smaller dose does not result in an erection. Once the desired result occurs, no extra medication increases satisfaction, quality of orgasm, sensitivity, and stamina.

Viagra (sildenafil), Levitra, and Cialis do one thing and one thing only: increase blood flow via the use of nitric oxide, which controls vasodilation, so as to improve one’s ability to achieve an erection. Although there are tangential benefits to this, such as improved self-esteem and performance confidence, if one is looking to use Viagra (or similar products to achieve the benefits of the aforementioned myths, they are useless.

Health & Wellness
Most complications that occur because of drugs mixing badly will occur while a patient is in the hospital. This is just a matter of the environment because the hospital is where the sickest patients go. The sheer volume and assortment of drugs increase the risk of an adverse drug event (ADE). Patients in the hospital are likely to be exposed to the newest medications as their diagnosis progresses during their admissions. Even though there are drug-interaction monitors in electronic health record (EHR) programs and a dynamic pharmacy, the sheer number of medications and the rapid introduction of newer marketplace medications not yet in the database puts these patients at risk for suffering an ADE. What about outside of the hospital? In the hospital, there is only one chart, so all the medications will be listed together. In the out-patient setting in private practices and clinics, patients who go to different doctors will have their entire roster of medications spread out ...
Explore

Health & Wellness
Who is at risk the most? Erectile dysfunction is commonly associated with increasing age. Contrary to the popular belief that aging is synonymous with erectile dysfunction, impotence in men is not always age-related. While the fact remains that age often does play a role in erectile dysfunction, you do not have to live in fear that once you step over the threshold into middle age you are destined to develop this debilitating condition. What is erectile dysfunction? Erectile dysfunction is the inability to have or sustain a sufficient erection long enough to have sexual intercourse. Since male arousal is a consequence of a multitude of systems (especially hormonal, circulatory, and nervous systems) working together, a problem with any one of these systems can interfere with the ability to perform sexually. What causes erectile dysfunction? Diabetes, high blood pressure, heart disease, smoking, alcoholism, recreational drug use, obesity and anxiety disorders are some of the comm ...
Community Articles