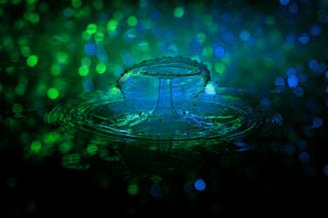 “It goes in, it must go out.” This axiom is known among cult followers of the comedy troupe, Firesign Theatre, as Teslacle’s deviant to Fudd’s law. Gleaning this one catchphrase from the comedy album by Firesign Theatre seems an appropriate, albeit pseudoscientific, way to start an otherwise scientific discussion on diuretics. It is a phrase that is emblematic, however, of your body’s way of keeping everything in balance, especially fluids. Just the right amount of hydration is as important as normal body temperature in allowing all of your physical reactions—both chemical and electrical—to carry on seamlessly.

Diurese means to simply loose fluid through urination. A diuretic, therefore, is a substance or drug that causes this to happen over and beyond what you can naturally do. There are many conditions that tend to build up your fluids or cause you to retain them, setting up a falling dominoes trail of worsening outcomes, so diuretics are useful in medically managing such conditions.

A good example of this is congestive heart failure—a cardiac condition in which your heart will not pump effectively due to structural weakness, which then will prompt your kidneys to think it’s a great idea to retain fluid to balance out the diminished volume it is deliveredi. The dominoes metaphor is a good one here, because retained fluid only stretches out the walls of the heart more, making them even weaker. In fact, it’s an endless Escherian circle of falling dominoes.

What are diuretics used for?

Besides being used in congestive heart failure to lighten the heart’s load, diuresis via the use of diuretic drugs also becomes a good idea in these other conditions related to too much fluid on board:

Hypertension is a result of increased pressure on the blood from outside, as with increased tone of the arterial walls, or from inside, as with retained fluid that increases the volume of blood trying to get through the vascular tree.

Either way, decreasing fluid helps lower blood pressure—like turning down the faucet to a hose—and this is the strategy used to prevent damage to the arteries leading to stroke and cardiac disease.

Ascites is a word that refers to fluid buildup in the abdomen. This happens when there is the pressure build up in your liver’s veins due to cirrhosis (a type of liver failure).

The kidney is a filter, except it is a very complicated one. A malfunction can occur if the filtering properties are altered such that less urine (waste) is collected for disposal through the bladder to the outside world. One particular kidney disease, kidney stones (nephrolithiasis), calls for a brisk diuresis so that the extra flow through the kidneys and the ureters (collecting/transmission tubes) will hopefully swish that painful stone on its way out.

Swelling/retention of fluid can occur either via a backup of venous (vein) transport of blood back to the heart or at the tissue itself, as in damage to the lymphatic drainage, an important part of fluid turnover. On the outside, you’ll see it as swollen feet and legs.

Other glitches, due to aging, disease, or genetics, can cause an accumulation of fluid, such as diabetes, glaucoma, polycystic ovary syndrome, hyperaldosteronismii, estrogen replacement therapy, high-salt diets, pregnancy, lung disease, and vein problemsiii.

What types of diuretics are there?

According to the Mayo Cliniciv, diuretics as drugs fall into different classes, depending on how they work.

These prevent sodium reabsorption in the filtration process, and the resulting sodium spillage takes with it the fluid that usually accompanies this salt.

Typically, diuretics take potassium out of the body, since they interfere with aldosterone, the “salt-retention” hormone, in an exchange duet played out between sodium and potassium. With potassium-sparing diuretics, aldosterone is opposed or blocked, and the sodium-postassium exchange doesn’t occur, leaving your potassium on board.

Developed in the 1950s, these diuretics prevent reabsorption of sodium and chloride, Examples of thiazide diuretics include chlorothiazide (Diuril—the very first one marketed), Hydrochlorothiazide (Hydro, Microzide, Hydrodiuril), and indapamide (Lozide); metolazone and chlorthalidone are not true thiazides chemically, but act like them, so they’re included in this class.

These are useful as emergency measures such as increased intracranial pressure in head trauma. They act by increasing the osmotic pressure in the kidney, that is, creating an “overconcentration” signal that prompts unloading of fluid to correct the overconcentration. Examples of osmotic diuretics are mannitol and urea.

These are very mild, tampering with hydrogen ions to prompt sodium and bicarbonate excretion, and with them, the fluid that accompanies them. These are used in glaucomav.

What are the side effects of diuretics?

Except for the potassium-sparing ones, low potassium can occur (hypokalemia), which if low enough can cause life-threatening cardiac arrhythmias. Disturbances in the electrolyte balance can result in too much potassium, however, as in the potassium-sparing ones, with the same cardiac implications; low sodium and other imbalances can cause headache, dizziness (from lowered blood pressure or heart arrhythmia), high blood sugar complicating diabetes management, muscle cramping, and thirst.

Who shouldn’t use them?

Diuretics can be dangerous in people with kidney disease, diabetes, and electrolyte imbalance. Also, because of their interactions, they should be used with caution in people taking NSAIDS (anti-inflammatories)—risk of renal failure; steroids—risk of postassium loss; lithium or digitalis—risk of toxicity; anti-hypertensives—causing an additive effect toward lower blood pressures; or anticonvulsants, which can reduce their diuretic effect.

Of course, anyone allergic to any of the diuretic drugs or combinations of them should never use them.

What are alternatives to diuretics?

There are herbal alternatives, although these have not been studied under FDA scrutiny or standards, so monitoring by your doctor is necessary. According to Healthlinevi, the top natural diuretics are 1) Dandelion; 2) Hawthorn; 3) Horsetail extract; 4) Juniper; 5) Green and Black tea; 6) Parsley, and 7) Hibiscus. Another natural diuretic is caffeine, either in coffee, regular tea, or colas. But since caffeine is a stimulant, it may raise your blood pressure, the very reason you’re probably taking diuretics to begin with.

Teslacle’s deviant of Fudd’s Law? What the heck is Fudd’s Law anyway?

Fudd’s law states that, “If you push something hard enough, it will fall over.” This is a good note to end with, because any disease, be it heart failure, hypertension, liver failure, or even glaucoma, will end badly if that threshold is crossed between adequate medical management and fulminant, a good word to describe something bad that has gone too far, reached critical mass, and exploded. The fuse to such explosions, when lit, can be extinguished, unless of course you wait too long.

Simply watching a fuse burn is never a good idea because of what’s at the other end of it.

How To Help A Friend With Depression – The Dos and Don'ts

Health & Wellness
There is an abundance of information you can find to learn about depression and its symptoms if you have been diagnosed with it, but what if you find yourself in the complicated and stressful position of trying to help a friend or loved one with this mental disorder? How do you help a friend with depression? What do you say to them? Should you treat them differently? Will it affect your relationship with them? Depression affects all aspects of a person's life, and it generally wreaks havoc on personal and professional relationships. Friends, family members, and work colleagues alike tend to find themselves feeling either frustrated, guilty, confused, or at a loss when it comes to their depressed loved one. Fortunately, there are things you can do – and things you should avoid – to help your loved one while they work their way through their problems. The following is a guide for the Dos and Don'ts of how to help a friend with depression. Click one of the following links to ...
Community Articles