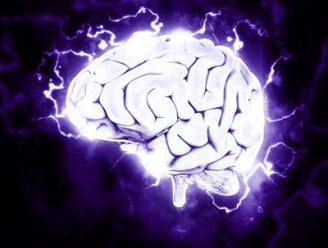 “Migraine” derives from the Latin word hemicrania (or heMICRANia), meaning “half the skull.” As early as the second millennium B.C., migraine headaches have been categorized as different from other types of headaches by their peculiar qualities:

According to the Migraine Research Foundation , migraines affect a billion people worldwide as the 3rd most prevalent human disease. Most common between the ages of 25-55, children can also get them. They typically recur once or twice monthly, but some people suffer with them daily (chronic daily migraine). They can be so incapacitating that most people are unable to function (especially in employment) during an attack, resulting in over $30 billion dollars lost in productivity annually; add to this the cost of treating them, and the true financial impact on a family can be an increase in their healthcare costs by 70%.

After puberty, the demographics are such that more women get them (3 to 1 prevalence); before puberty, more boys; this leads to a suspicion of a hormonal influence on them, since the shift in proportions begins in adolescence and often menopause causes migraines to fade.

The aura and the fact that it originates in the brain have led some to believe it might be a type of epilepsy.

Could the migraine headache be a type of epilepsy?

Epilepsy and migraine headache are two different diseases. Because they both have things in common (aura or focal neurological symptoms, for instance) and can occur together, they can even be misdiagnosed as each other. Further confusing things is that people with migraines are more likely to have epilepsy and epileptic patients commonly have migraines (twice as likely). Additionally, the same things can trigger both1 and often they each benefit from the same medications, such as anticonvulsants (anti-seizure medications).

Although they are two different diseases, neither of them can be said to be completely independent of the other. Although no one will say they are different types of the same disease (or completely different diseases), researchers feel that both epilepsy and migraine headaches, although different, are part of a “network of intersecting disorders2. Not quite a straight answer, but the most current one.

What are they, exactly? What causes migraines?

One thing is certain: it is a disorder of recurrent attacks. There are four main phases3:

The theory that migraines were caused by a vascular abnormality of dilated blood vessels in the brain has been debunked. Today, it is believed to be caused by a phenomenon called “cortical spreading depression.4” This is described as a self-propagating wave of both grey (neurons) and white (glia) matter in the cerebral cortex that not only results in the aura, but also affects a major nerve—the trigeminal, as well as alters the barrier between the brain and the blood stream, called the “blood-brain barrier” (BBB).

The trigeminal nerve is the 5th Cranial Nerve, and controls sensations and muscles of the face. It has three divisions, the ophthalmic, the maxillary, and the mandibular. The trigeminal involvement causes inflammation to spread along the meninges (thin, pain-sensitive covering over the brain) which results in the headache itself.

The barrier that protects the brain, the BBB can allow leakage of inflammatory substances as part of the process.

How are migraines diagnosed?

According to the Headache Classification Committee of the International Headache Society (HIS)5, to qualify as a migraine headache, there must be at least 5 attacks with

If the headache is preceded by an aura, this list to declare it a migraine becomes shorter, all based on the nature or the aura itself.

What are different types of migraines?

Are there any tests to diagnose migraines?

Tests are usually not necessary, as a migraine is usually based on the symptom cluster as reported by the patient. However, neuroimaging (CT) should be considered when there is an unexplained neurological finding, if the criteria for a migraine are not fulfilled, or if a headache is severe and sudden.

How are migraines treated?

Because migraines occur in the brain, behavioral and biofeedback can be used to help address or avoid the known triggers.

The drugs to treat migraines are separated into a first, second, and third choice:

How long will treatment for migraines go on?

Treatment will last as long as there are migraines.

Another way to ask this is, “How long are migraines going to wreck my life?” This may be a dramatic way to ask, but it is not melodramatic, because migraines do indeed impact one’s quality of life very negatively.

Most people who begin migraines in the twenties or later will see them reduced in pain intensity, duration, and frequency beginning in their fifties, with some reporting actual resolution of them altogether.

Migraine headaches are devastating, incapacitating, and—for anyone who has plans—very unfair. Thankfully, most respond to the standard approaches, but there are always a few for whom nothing at all will work. Such a condition is not a terminal disease, but it just as surely can kill aspirations, vocations, and quality of life. As time goes on, research will one day offer help for these few stubborn cases, but if the research doesn’t, the time will.

How to treat bladder and kidney infections like Cystitis or Pyelonephritis

Health & Wellness
The Treatment of Bladder and Kidney Infections The GU system (genito-urinary) is involved with eliminating waste and clearing metabolized substances from the bloodstream. It is comprised of kidneys ureters (tubes that carry urine from the kidneys to the bladder) bladder, and urethra (tube that carries urine from the bladder to the outside world) When infected, most commonly happening in the bladder (“cystitis”) and the kidney (“pyelonephritis”), in that order, antibiotics are necessary to limit suffering and damage. Damage to the kidneys, especially, can impact it function and even cause problems like hypertension and electrolyte imbalances; heart problems are therefore only one oversight away. Cystitis Explained The bladder is only one urethra away from the outside world. In men this isn’t much of a problem, but in women, where the urethra is much shorter, it is. Exposure to bacteria can allow contact and colonization, via the urethra, lik ...
Explore

Health & Wellness
Treatment for General Anxiety Disorder The definition of general anxiety disorder, “GAD,” is an exaggerated state of persistent worrying that is uncontrollable and impairing, occurring more than 50% of the time over at least 6 months. It is often accompanied by distress, apprehension, mood irritability and even physical manifestations, such as fatigue and muscular tension.1 There is evidence that the biochemistry of the brain is heavily involved, including neurotransmitters.2,3   Treatment   Treatment for GAD involves identifying and addressing the following:   Genetic factors Neuropsychological factors Developmental and personality factors   Genetic factors are already done and can’t really be undone. However, identifying a family history will help identify other co-morbidities that will affect treatment. For example, if a major depression figures prominently in a parent, clues to the same, well-hidden before learning the f ...
Community Articles