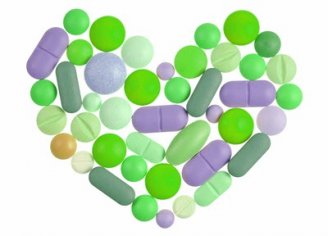 What is a beta blocker?

No, they’re not called beta blockers because they’re being tested. That’s in the computer world. Instead, these are medications, so-called because they actually block things called beta receptors in the heart, blood vessels, and kidneys (and other flavors of them can affect the lungs and intestines, too). Besides blocking the beta-1 receptors being discussed here, there are two other types of beta receptors, beta-2 and beta-3—in the lungs, gastrointestinal tract, smooth muscles, and even in fat; but for our purposes we’ll be talking about blocking the effect of the beta-1 receptors.

How do beta blockers work?

The beta-1 blockers not only “block”—that is, compete—with the things that turn the receptors on, but occupy them to render them inactive. Since these receptors, when otherwise properly filled, raise blood pressure by constricting arterial walls and stimulate the heart, blocking them is an excellent idea for those who suffer from high blood pressure and heart disease (previous heart attack or arrhythmias).

This whole system is part of the adrenaline side of your body’s physiology, so beta blockers are called competitive antagonists in the sympathetic (adrenaline) nervous system. There are other sides of your body’s physiology, but the one discussed here is relevant to management of your cardiovascular system. Beta blockers were first developed in 1964, revolutionizing the management of angina pectoris, a major sea change in helping people with heart diseasei.

What are beta-blockers used for?

Beta blockers are used to lower blood pressure, protect against heart attacks, treat angina (chest pain from heart disease), and hyperthyroidism. Any condition where the heart rate needs to be slowed down is an indication to use them, such as an irregular heartbeat or atrial fibrillation.

What do beta blockers do?

Beta blockers block (anti-adrenaline) the sympathetic/adrenaline fight-or-flight response which puts muscles into a heightened tone, they decrease sudden oxygen demands, important in persons with heart disease. Adding to their mechanism of action, they also block a kidney hormone that raises blood pressure (angiotensin II). Blocking angiotensin II relaxes and widens blood vesselsii. The most relevant list of conditions that can benefit from these medications are:

But they can also be useful in tremors, glaucoma, migraines, heart valve disease, aortic aneurisms, anxiety, and excessive sweating.

What are popular beta blockers in use today?

These include the following medication:

What are some of the side effects or adverse effects of beta blockers?

Since beta blockers relax the walls of blood vessels and slow down your heart, the side effects are usually related to an exaggerated response to their properties, but the list encompasses the following:

Who shouldn’t take them?

Beta blockers are contraindicated for people who need emergency treatment for cocaine cardiotoxicity, have low blood pressure, suffer erectile dysfunction, or cannot tolerate the side effect of fatigue. If you have asthma, this requires extra concern from your doctor, because beta blockers can make asthma worse. In pregnancy, some beta blockers are better studied and designated safer than others. Also, because they can interact with other drugs (NSAIDs, cardiac drugs, anti-ulcer medications, anesthetics, and blood thinners), beta blockers should be used with strict supervision (or not used at all) by your doctor.

What if I have an exaggerate response or overdose on beta blockers?

The treatment would be glucagon, which increases the strength of heart contractions and decreases the resistance to flow in your blood vessels (essentially, the opposite of what beta blockers do). As far as possible, beta blockers should not be stopped abruptly.

How long will I need to be treated?

As with any medication, assuming the benefit outweighs any potential risk, you should continue to take your beta blockers under the direction of your healthcare professional. This is usually dependent on what’s being treated, so it can be a temporary therapy or a life-long commitment.

Are there alternatives to beta blockers—medical, herbal, or alternative?

The calcium channel blockers Diltiazem (Cardizem) or verapamil (Calan, Verelan, Isoptin, and Covera) may be substituted if taking beta blockers is contraindicated. They can be used for their similar effects, but use another pathway to achieve this.

Natural alternatives include magnesium, potassium, the amino acids L-arginine and tryptophan, the antioxidants, and the herb, St. John Wort. Of course, any use of these should be part of your medical record so your doctor can orchestrate then as either replacements vs. supplements.

Thank you for reading!

i (Stapleton MP (1997). "Sir James Black and propranolol. The role of the basic sciences in the history of cardiovascular pharmacology". Texas Heart Institute Journal. 24 (4): 336–42.)

The Skinny on Topical Steroids - What Are They, Medicial Use and More

Health & Wellness
What Are Adrenal Glands and What Is Their Function? There is a little chunk of tissue over each of your kidneys called adrenal glands. Of the adrenal glands’ many functions, one of which is to make the titular adrenaline, another is to make corticosteroids, so named because they are made in your adrenal’s cortex (tissue). Steroids are manufactured by the adrenal to tone down your immune response, to temper it, so it doesn’t go wild, and the first one isolated was cortisone (hydrocortisone), which snagged a Nobel Prize.   Topical Steroids How Do Topical Steroids Work? Topical steroids work by being absorbed through the skin to its cells and into each nucleus where they affect the synthesis—either positively or negatively—of proteins there. In this way, proteins are manipulated so that inflammatory processes can be inhibited and anti-inflammatory processes enhancedi. Medicinal Use For Eczema and Psoriasis Topical steroids are an i ...
Explore