What is Asthma and how to avoid it?

What is Asthma and how to avoid it? 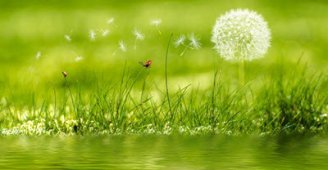 Asthma is a condition in which one’s airways constrict, swell, and produce mucus, a trifecta of sorts which results in less air moving from the outside world into the lungs. This can lead to a decrease in oxygen exchange with the waste product, carbon dioxide. As such, breathing—and thereby, adequate oxygenation—is compromised. Thought to be triggered by environmental factors in genetically predisposed individuals, the exact cause is unknown.

A common occurrence is a wheezing sound during exhalation. Naturally, having the flu or a cold worsens any asthmatic situations and can even mimic asthma. Mostly harmless but bothersome, in severe cases asthma can lead to death.

In childhood, more males have asthma than females, but by age 20 it evens out; after 40, more females have it.

Some people get it, some don’t.

That’s the genetics at play and there’s not much that can be done about that. Along with inherited hypersensitivities that haunt particular persons in their genes, an exaggerated and hypersensitive immune system affects the airway in response to triggering environmental stimuli; this is the conventional answer as to what causes it. Therefore, prevention by eliminating one’s environmental “triggers” is something a person with asthma can do.

This hypersensitivity is part of an immunity response, and a particular antibody, IgE, is usually elevated with asthma. But this is not so much a cause as a finding. Also elevated are certain white blood cells, called eosinophils, active in allergic reactions and which can be identified in saliva and mucus.

How can asthma be avoided?

Because of the genetic connection, the disease itself cannot be avoided. But eliminating indoor irritants can help prevent asthma attacks:

Can asthma be tested for?

A thorough history, including family history, along with documentation of the signs and symptoms above, may be all that is needed to diagnose asthma. However, it is important to avoid misdiagnosing asthma as another pulmonary disease or as an upper respiratory infections, like flu. Sometimes an X-ray can rule out other problems that can result in wheezing. Pulmonary function tests can document the condition of the lungs and airways.

What would put someone at increased risk for asthma?

What kinds of complications can happen?

Most of the complications are secondary, interfering with the activities of daily living, such as missed work days, avoiding normal recreational activities, time wasted in emergency rooms are with medical care, and complications from the asthma medications, which can sometimes trigger attacks themselves or mask worsening disease.

One particular complication is life threatening. Rarely an asthmatic attack can be so severe that no emergency treatments will break the attack. Called status asthmaticus, this deadly condition often requires the mechanical support of a ventilator and admission to an ICU.

In typical asthma, what are the treatments used?

How long will treatment take?

This is a difficult question, because it really depends on whether someone has asthma in childhood, develops it later in life, how severe it is, how frequent attacks occur, and whether one responds to the typical medical remedies. For example, a childhood asthma may simply be outgrown by adolescence, treatment limited to just managing and minimizing symptoms.

An individualized plan should be written out, preferably on a flow sheet that will outline the steps to take, from simplest to most involved, for an attack that isn’t immediately stopped.

Asthma is like a bad hand at poker. One cannot help how the cards are dealt, but one can proactively and reactively respond to the way the hand plays out.

Pristiq For Depression and Anxiety - How it works? Explained

Health & Wellness
Why is Pristiq prescribed to treat depression and anxiety? Your doctor has prescribed Pristiq because the active ingredient in this medication is a generic drug called desvenlafaxine. This drug is a serotonin norepinephrine reuptake inhibitor, or SNRI for short. What that means is that it inhibits your body from absorbing and processing as much serotonin and norepinephrine, causing more of these two neurotransmitters to remain in your system at all times. Why is this important for depression? Doctors believe these two neurotransmitters are directly responsible for your brain's ability to manage your overall mood, as well as your sleeping habits and even your social behavior. Increasing the levels of serotonin and norepinephrine are believed to cause a reduction in the symptoms of depression, as your brain begins more effectively managing your mood. Buy Pristiq from YouDrugstore today and start reducing your symptoms of depression as soon as possible. Who might receive a prescription ...
Explore

Health & Wellness
You have noticed that your breast has enlarged in size. You are worried since you are a man and in confusion which steps to take next. Out of desperation you have approached one of your friends and disclosed what you are going through. Your friend has advised seeing a doctor for a prescription of Letrozole for gyno. You have scheduled a visit to the doctor, but you are wondering what is Letrozole? First, you have to understand the meaning of this medicine and gyno. What is Letrozole? The drug falls under the category of aromatase inhibitors (AI’s). It is a hormonal therapy and it is available under the doctor’s prescription. Letrozole is the generic name whereas, Femara is the brand name. This medication is used to: Manage and prevent breast cancer (it is the main use of this medication) To treat gynecomastia To treat infertility problems  What is Gynecomastia? Gyno (gynecomastia) is a condition that affects males. Men’s bre ...
Community Articles