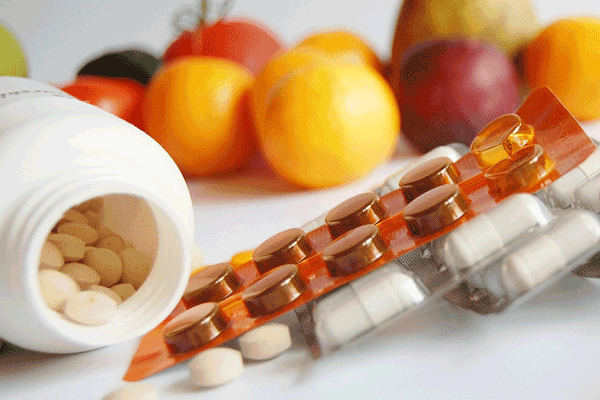 Bronchitis is generally just a medical term to designate an inflammation of the bronchi (the plural of bronchus). The bronchi are the larger airway divisions that are from the split at the bottom of the trachea.
The following are two the types of bronchitis:

When you take a deep breath, air travels through the nose or mouth and then through the vocal cords, which are at the top of the trachea. This point is the beginning of the bronchial tree. From there, the air moves along the trachea and at the end of it splits into the two mainstem bronchi, the left and the right, that correspond with the left and right lung, respectively. Within the lung, the mainstem bronchi further divide into the secondary bronchi, bronchioles, and finally the respiratory bronchioles, which end in the alveolar ducts. Here the bronchial tree ends by delivering air to the alveoli, where the oxygen/carbon dioxide exchange takes place.

The bronchi are not just passive tubes. They contain cilia, hair-like projections that wave synchronously upward to carry dirt and other particles up and out to the throat where they can be either swallowed or coughed out. The bronchi are also covered with a layer of mucus, which serves as a filter to purify the air. Collectively, the bronchi contain about half a cup of mucus, making them effective purifying forces.

The acute version of bronchitis

Acute bronchitis is inflammation resulting from a lower respiratory condition of the bronchial tree that is not pneumonia or chronic obstructive pulmonary disease (COPD). It is almost always infectious, and the infection is almost always a virus, making up 94% of the cases.
The following viruses most commonly causing acute bronchitis:

Bacterial infections only make up 6% of cases of acute bronchitis. The most common types of bacteria are the following:

Acute bronchitis is brief and (usually) self-resolving, with 90% of the cases falling under this category. In fact, acute bronchitis is one of the worst conditions in terms of provoking the overuse of needless antibiotics, which ends up promoting antibiotic resistance in the bacteria that infect areas other than the bronchi.

With the current crisis of antibiotic resistance, physicians are being urged to curtail the needless use of antibiotics (and steroids) to treat acute bronchitis. Both antibiotics and steroids make no difference in altering the progress of the disease. The same goes for X-rays.

Coughing is the single, main symptom. It will last for at least five days and as long as three weeks, but the average is 18 days. The cough will bring up sputum, which may even contain pus (purulent). This is called a “productive” cough, in that it produces something.
The prolonged cough may strain the intercostal muscles, causing diffuse chest pain. A strain in the diaphragm can cause referred pain to the shoulder blade.

How is acute bronchitis treated?

Acute bronchitis is treated by treating the symptoms. That means just treating the cough and, if necessary, using something to break up or thin out the mucus, such as guaifenesin. That’s about it. Hydration is important, as that itself will go a long way in thinning out the mucus. As mentioned above, X-rays are unnecessary.
For a cough-related strain in intercostal muscles or the diaphragm, NSAIDs are the best treatment strategy, but in the absence of these specific complaints, they tend to not do much good for the acute bronchitis itself. Cough suppressants, including dextromethorphan, or throat numbing agents, such as like Tessalon, are useful. Throat lozenges and avoiding first- and second-hand smoke are very helpful. NSAIDs should be avoided except for treating strain-related muscle inflammation, as mentioned above.
Nine times out of ten, an acute bronchitis is viral, self-resolving, and a nuisance at worst. Although it can progress into pneumonia or into a bacterial secondary infection, these complications are very unusual. “Tincture of time” is the phrase commonly used by doctors when it comes to treatment for acute bronchitis. A tincture is an extract from an herb, so the expression is rather tongue-in-cheek while still being wholly appropriate to describe how to treat acute bronchitis.

Health & Wellness
There is back pain, and then there is pregnancy back pain. Back pain due to pregnancy is the result of an ever-changing center of gravity as the baby grows, as well as the extra weight that one suddenly accrues. What makes pregnancy so special when it comes to back pain? Back pain during pregnancy can be due to the changes brought about by pregnancy, be a result independent of pregnancy, or be non-pregnancy back pain piled atop pregnancy-related back pain. The changes brought about by pregnancy is inherently self-limiting, usually resolving as delivery occurs. The non-pregnancy related back pain is likely to have worsened with pregnancy, as there is more destruction of the intervertebral discs, further loosening of ligaments due to hormones, and more strain on muscles as the pregnancy changes. Force across some joints can double, but when a woman requires treatment for back pain, regardless of the cause, the presence of a fetus inherently limits the choices. Back p ...
Explore

Health & Wellness
Letrozole dosage is determined by the physician depending on: • Existing health conditions • The condition being treated • The drugs you are taking or have taken in the past • How the patient responds to Letrozole • The liver function • The age • Weight   Uses of Letrozole   Letrozole is a prescription drug used mainly to treat breast cancer in postmenopausal women. It’s also termed as Femara and it’s an aromatase inhibitor. After menopause, a woman doesn’t produce estrogen in the ovaries; however, a small amount of the hormone is produced by an aromatase enzyme which converts androgens into estrogen. The change happens in your fatty tissue, skin, and muscles. This medication works by blocking aromatase, hence the conversion doesn’t take place and estrogen production is suppressed. Some breast cancer depends on estrogen to grow and spread, such breast cancer is called hormone receptor positive or hormone sensitive. When estr ...
Community Articles