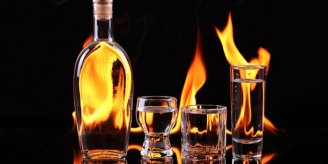 The exact interactions between Puregon and alcohol are unfortunately not well understood by physicians. However, before we can actually delve into this issue, let us first take a closer look at just what this medication is and what it is used for. Puregon contains follicle stimulating hormone (FSH). This hormone is made available in this drug in either the form of a powder or a premixed injectible solution. FSH occurs naturally in the body, but that which is found in Puregon has been created thanks to recombinant DNA technology.

Physicians usually prescribe this medication for fertility treatments or in-vitro fertilization (IVF). Puregon is, for the most part, used to effectively deal with infertility problems in women. This, like just mentioned, also includes assisted reproductive methods such as IVF. In such circumstances, it can help in efficiently stimulating the ovaries to produce a significantly improved number of eggs to be harvested.

Puregon can also be prescribed to treat anovulation. This, for those who might be in the dark, is a condition where the ovaries fail to produce eggs, even when other fertility medications have been used. On the other hand, this drug can treat male infertility, especially when the concerned man has hypogonadotrophic hypogonadism, which is a hormonal deficiency. In this particular case, Puregon can play an important role in assisting to stimulate sperm production.

How does Puregon carry out its work?

Just before we get into the specifics of the interactions between Puregon and alcohol, let us first see how this fertility medication works. As you may already be aware, the follicle stimulating hormone found in Puregon is one of the key hormones that regulate reproductive function in both females and males. So, it specifically carries this task by stimulating ovaries production as well as sperm production.

Taking Puregon injections can go a long way in substantially augmenting the levels of FSH found in the body. This, in its turn, helps the follicles to be able to grow appropriately and ultimately mature. At this point (for women) these follicles will be in an excellent position of releasing eggs which can then be fertilized when they come into contact with sperm.

What is the interactions between Puregon and alcohol?

The impact of alcohol consumption on reproductive outcomes particularly in women, is an issue that has been subjected to a lot of scientific study. Most findings from this research have gone on to indicate there is an adverse interaction between alcohol consumption and reproduction. Nevertheless, the exact impact of alcohol on in-vitro fertilization (IVF) outcomes like those that are assisted by drugs such as Puregon, is still unclear.

As such, no conclusive relationship has been found to exist between female fertility parameters like oocytic production or fertilization rates and alcohol consumption. Still, from some findings it is clear that those ladies who drink less (5 drinks each week) during IVF treatment tend to have a higher conception rate (64%) than those who drink more (55%). Therefore, it is always prudent to make it a point to abstain from taking alcohol when you decide to undergo fertility treatment with this medication. Well, now you know all you need know about the interactions between Puregon and alcohol and what this medication really is.

Health & Wellness
Viagra is the breakthrough development in sexual medicine of the 1990s. Its active ingredient, sildenafil citrate, is a phosphodiesterase type 5 inhibitor, which quickly became the gold standard in pharmacological management of erectile dysfunction (ED). It is highly effective and generally safe that no other innovative therapy, of similar impact, has emerged since 1998. Since then, the focus of manufacturers has shifted to PDE5 inhibitors. Tadalafil (Cialis) and vardenafil (Levitra) have long joined the nearly saturated market. PDE5 inhibitors: a game changing erectile dysfunction treatment Male erectile disorder is characterized by Diagnostic and Statistical Manual of Mental Disorders (DSM-IV-TR) as having a “persistent or recurrent inability to attain, or to maintain until completion of the sexual activity, an adequate erection.” The introduction of the most popular and widely used PDE5 inhibitor, Viagra, has revolutionized the management of a disorder, onc ...
Explore