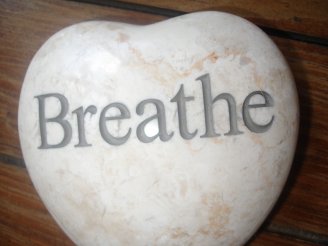 As the summer weather settles in, many people take to the outdoors to exercise and be more active. For some, this increase in physical activity means more than just sweating, losing weight, and having fun. It means more coughing, more choking, and more wheezing as well. You see, exercise is a trigger for the symptoms of asthma, a chronic inflammatory disease of the lungs. The most common symptoms of asthma include coughing, wheezing, shortness of breath, and chest tightness. Many people with asthma experience a worsening of their symptoms when they exercise, but to understand why, we should look closer at what asthma is and what it does.

As mentioned above, asthma is a chronic inflammatory disease of the lungs. More specifically, asthma affects the air passageways of the lungs. If you have asthma, your air passageways become enlarged and inflamed, squeezing and sometimes blocking the flow of air through your lungs. This makes it difficult for you to breathe, especially when trying to catch your breath after exercising!

Asthma is often represented in movies as simply an aid to a stereotype, or as an inconvenience to a character. Unfortunately, asthma is much more serious than many of us are led to believe. In 2013, asthma was responsible for about half a million deaths, and over 240 million people had been diagnosed. An alarming increase in the rate of asthma since the 1960s has many scientists concerned. Many governments and organizations, including the World Health Organization, now consider asthma to be one of the major public health concerns.

Asthma affects many more children than it does adults. It affects twice as many boys than it does girls. The rate of asthma is higher in the U.S. than in most other countries in the world. Asthma has been shown to be most prevalent in Caucasians, Fillipinos, African Americans, and Irish Americans. It is least prevalent in Koreans, as well as Mexicans.

Doctors do not completely agree on what causes asthma, nor do they completely understand how it develops. Generally, asthma is believed to be caused by a mixture of environmental and genetic factors. Environmental factors that may possibly lead to developing asthma in children include allergens, pollutants, and parents that smoke during or after pregnancy. Living in areas of high ozone levels and poor air quality are also believed to be factors for developing asthma. Genetic factors include a family history of asthma and genes that are specifically susceptible to the development of asthma.

Interestingly, some researchers believe that the increase in overall hygiene in the last few decades, along with the use of antibacterial products in the home, have led to increased rates of asthma because children are not encountering general bacteria and viruses that would normally allow their immune systems to develop properly early on in life. This is called the Hygiene Hypothesis.


How to treat asthma.

Asthma cannot be cured, but it can be managed quite well. Most people with asthma find that by avoiding allergens, avoiding triggers, and taking medication, they can keep their symptoms relatively under control. Medication used to treat asthma usually dilates the air passageways in the lungs, allowing more room for air to flow. If you have asthma, these medications help you breathe more easily. Fast-acting or short-acting medications, sometimes known as “rescue medications” are used to control sudden or severe bouts of symptoms, which are commonly called “asthma attacks.” Longer-acting bronchodilators are used daily to prevent asthma attacks from occurring in the first place. Keep in mind that you should never use long-acting bronchodilators to treat an asthma attack. Likewise, you should never use a short-acting medication routinely.

- Asthma is estimated to cost the health care system between 50 and 60 billion dollars a year.

- As mentioned above, asthma affects twice as many boys as it does girls, but this is reversed when it comes to adults: twice as many women have asthma as compared to men.

- 10 Americans die every day due to asthma.

- Almost three quarters of all people with asthma also suffer from allergies.

- Contrary to popular belief, children do not 'outgrow' asthma, it simply changes along with their immune system.

Health & Wellness
Doxepin hydrochloride cream is a topical medication belonging to the drug class tricyclic antidepressant (TCA). As the name suggests, TCAs are used to treat depression and mood disorders. But the topical cream version of doxepin is used for short-term treatment of pruritus (itch) in skin disorders, including atopic dermatitis or lichen simplex chronicus. The drug is currently under development for the treatment of chronic hives. It has reached phase II clinical trials for this indication in 2017. Doxepin Hydrochloride Cream for itchy skin Itching or pruritus is the prevailing symptoms in certain chronic skin conditions. In some cases, the itch can be debilitating. Yet the market lacks a universally effective anti-itch medication. The fact that the pathophysiology of itch in most cutaneous disorders is still unclear only serves as a barrier in finding a therapeutic solution for this common medical concern. Pruritus is characterized by an unpleasant and irritating sensation ...
Explore

Health & Wellness
“It goes in, it must go out.” This axiom is known among cult followers of the comedy troupe, Firesign Theatre, as Teslacle’s deviant to Fudd’s law. Gleaning this one catchphrase from the comedy album by Firesign Theatre seems an appropriate, albeit pseudoscientific, way to start an otherwise scientific discussion on diuretics. It is a phrase that is emblematic, however, of your body’s way of keeping everything in balance, especially fluids. Just the right amount of hydration is as important as normal body temperature in allowing all of your physical reactions—both chemical and electrical—to carry on seamlessly. What does Diurese mean? Diurese means to simply loose fluid through urination. A diuretic, therefore, is a substance or drug that causes this to happen over and beyond what you can naturally do. There are many conditions that tend to build up your fluids or cause you to retain them, setting up a falling dominoes trail of worsen ...
Community Articles