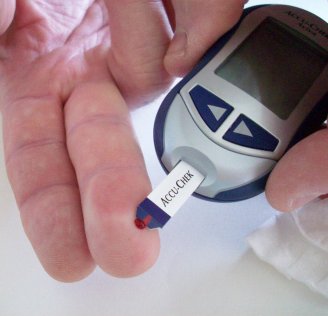 The amount of information you can find online about diabetes is almost enough to dissuade anyone from spending any real time reading about it. Still, it seems logical that bloggers, writers, and businesses alike are so adamant about sharing this information given how common diabetes actually is. Not only that, but a lot of people still seem to have a hard time understanding what diabetes is, why or how people get it, or what it means for those who have it. Think of the following article as a simple digest that you can share to help your friends or family members better understand more about diabetes.

First, we need to talk briefly about what diabetes actually is. Diabetes is one of the most common diseases known to mankind. Medically referred to as diabetes mellitus, it is a metabolic disease that causes persistently high levels of sugar in your blood. If left untreated, these high blood sugar levels can cause blindness, amputation, kidney failure, heart attack, stroke, and even erectile dysfunction. Diabetes is reportedly responsible for between two and five million deaths per year, making it one of the top ten leading causes of death according to the World Health Organization. There are two major types of diabetes: type 1 and type 2.

Type 1 diabetes is when your body does not produce any insulin, which is a hormone that your body needs to control your blood sugar levels.

Type 2 diabetes is the most common type of diabetes. It is when your body does not produce enough insulin, or it does not use the insulin in your body properly to control your blood sugar levels.

Symptoms: The most common symptoms of diabetes usually include unusual or uncontrollable thirst, a frequent need to urinate, extreme fatigue, blurred vision, and tingling feelings or numbness in the hands or feet. Speak to your health care provider right away if you believe you or a loved one may have diabetes.

Causes: What causes diabetes? A common misconception about diabetes is that eating too much sugar is what causes it to develop. The truth is that there are a number of major risk factors for developing diabetes, including family history, age, ethnicity, and being overweight (eating too much food in general, not just sugary junk food).

Despite how common and dangerous diabetes is, there are some advantages to consider if you or a loved one are diabetic. There are also a surprising amount of interesting facts related to diabetes and its history, as well as many communities, outreach programs, and resources that are dedicated to supporting diabetics. Read on to learn about some of these interesting diabetes facts - like which famous celebrities are diabetic - and where you can find resources you might be interested in.

Diabetes has had several different names and references throughout history. The word “diabetes” originally meant “to pass through” or “to siphon” because the disease was thought to drain people of their fluid, referring to the frequent urination that it often causes. The word “mellitus” - Latin for honey - was later added because people with diabetes would have sweet-tasting urine. Yes, people would actually taste the urine of those suspected of having diabetes in order to make a diagnosis. In fact, the disease has also been referred to as the 'sweet urine' disease.

Elliott Joslin, the first doctor in the US to specialize in diabetes, suggested that diabetes is the "best" chronic disease because it is clean, painless, non-contagious, and it can be treated.

The connection between the pancreas, insulin, and glucose (sugar) was discovered when doctors noticed flies feeding on the urine of a dog who had its pancreas removed.

Insulin was originally 'discovered' and manufactured for medical use in Canada.

Our beloved pets are also susceptible to developing diabetes – more so now than ever before in history. Many doctors believe that, like humans, it is because they are eating more and getting less exercise in today's world.

With how common it is, it should come as no surprise that many famous celebrities also have diabetes. Here are just a few of the many big-time superstars who have the disease:

Did you know actor Tom Hanks is a type 2 diabetic? While promoting his biographical survival thriller, Captain Phillips, Hanks admitted on live television that his doctor told him he has the disease during an interview with David Letterman. He went on to explain that he had been dealing with high blood sugar levels for a number of years before his doctor finally diagnosed him.

As the envy of many health and fitness fanatics, it might come as a shock that actress and producer Halle Berry has diabetes. During her early twenties, the former model slipped into a diabetic coma that lasted an entire week. When she woke up, her doctor broke the news to her that she has type 2 diabetes. Since then, she has become a spokesperson for pharmaceutical giant Novo Nordisk – which specializes in diabetes products – to help spread the word about diabetes.

Many may be surprised to know that, despite a number of heart-related complications, radio talk show host veteran Larry King was also diagnosed with diabetes in the mid 1990s. King had written two books about his heart problems, but only during a rare interview more than ten years since his diagnosis did he finally open up about having diabetes after learning that it is closely linked to heart disease.

After making a name for himself as an overweight actor and comedian, Drew Carey shocked the world by losing over 80 pounds since he began hosting one of the most popular television game shows in the world, The Price Is Right, in 2007. Carey has explained that his weight loss has made him both happier and healthier, and has significantly helped him manage his diabetes.

It could be argued that super-film franchises Star Wars and Indiana Jones might never have existed if it were not for diabetes. Fans of either franchise may be interested to learn that writer, director, and executive producer George Lucas had originally been drafted into the Army to serve in the Vietnam war, but he was barred from serving because his medical exams revealed that he is diabetic.

The main focus of treating diabetes is controlling blood sugar levels. By regulating your blood sugar, you can keep relatively free of symptoms and complications.

Diet. Although it is not always as easy as it sounds, a change in diet is often one of the major keys to successfully managing diabetes. In fact, many diabetics simply eat the same, balanced, healthy diet that most other Americans should be eating in order to stay healthy. Some researchers even claim that an advantage to having diabetes is that it forces many people to become more health conscientious about the food they eat.

Medication. Another major key to treating diabetes is medication. For those with type 1 diabetes, taking insulin is a must because it is not produced naturally by the body at all. This is also why type 1 diabetes is often referred to as insulin-dependent diabetes. Some medications, however, are non-insulin drugs that either help your body use insulin properly to reduce your blood sugar, or lower your blood sugar directly by reducing how much sugar your liver releases into your blood stream.

A note about diabetes medication - Insulin and diabetes medications are generally taken daily and can be quite expensive, especially over time. Many people order their prescription medication and insulin directly from Canada, where it was originally manufactured, in order to save significant amounts of money.

If you or a loved has recently been diagnosed with diabetes, it might be comforting to know that you are not alone. There is an abundance of resources, programs, and communities dedicated to providing you with information, support, assistance, and counseling. Feel free to pick and choose which resources you are most comfortable with.

Here we briefly outline some of the major online resources we think you may find useful:

The American Diabetes Association - A major association dedicated to spreading information about diabetes, conducting diabetes research, advocating for the rights of diabetics, and supporting hundreds of communities across North America.

The Joslin Diabetes Center - Joslin focuses on clinical research and treatment of diabetes. Here you can find information about how to treat your diabetes and get the latest in diabetes research.

Texting My Pancreas - An uplifting, genuine, and often funny blog that many diabetics have found helpful and heartwarming.

The Diabetes Hands Foundation - Another blog, and a community website, dedicated to providing social support to those with diabetes.

TuDiabetes.org - A place where you can connect with other diabetics, share stories, and learn valuable insights.

It is important to note that your local health care provider or community center will likely be able to provide you with information about diabetes resources and programs in your area. All you have to do is call and ask!

Health & Wellness
Viagra and Cialis belong to the drug class phosphodiesterase type 5 (PDE5) inhibitor that works for treating erectile dysfunction (ED), or the inability to attain and maintain an erection, in men. The main difference of the two is how long they stay in your system. Cialis (tadalafil) has the longest duration among widely used ED drugs in the market; its effect is said to last up to 36 hours compared to four- to six-hour duration of Viagra (sildenafil). Because Cialis can remain in your system longer, you don’t have to limit your sexual activity within a short timeframe. However, it can be a downside if you are taking other medications that may interact with the drug. PDE5 inhibitors work by improving blood flow to the penis. Erection is attained when the chambers of the penis called corpora cavernosa are filled with blood. The spongy tissues inside these chambers allows the pooling of blood, which leads to an erection. A person with erectile dysfunction may have ce ...
Community Articles