How Does Cialis Work?

How Does Cialis Work? 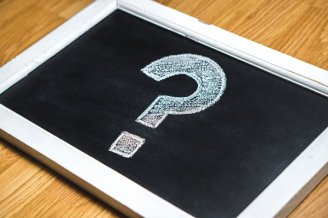 Known generically as tadalafil, Cialis is a prescription drug indicated for the treatment of erectile dysfunction, benign prostatic hyperplasia (BPH), and BPH with erectile dysfunction. It was approved by the FDA in February of 2003 as a first-line treatment for these disorders, making it the third Phosphodiesterase type 5 (PDE5) inhibitor to be marketed worldwide, next to Pfizer’s Viagra and Bayer’s Levitra. While it is generally well tolerated by most men, commonly reported side effects include headache, indigestion, flushing, and stuffy nose. Self-limiting muscle pain (myalgia), back pain, and abnormal vision have also been reported with Tadalafil use.

How Does it Work?

Cialis works by inhibiting PDE5, an enzyme that specifically degrades cyclic guanosine monophosphate, or cGMP. The process of erection is governed by cGMP activity, which relaxes the smooth muscle cells to increase blood supply to the penile erectile tissues.

During sexual stimulation, the nervous system signals the release of nitric oxide (NO) in the corpora cavernosa—the spongy erectile tissues of the penis. NO stimulates an enzyme (guanylate cyclase) to produce cGMP. However, PDE5 is also prominent in the corpus cavernosa, which binds and gradually breaks down cGMP. By inhibiting PDE5, Cialis prevents the degradation of the chemical messenger cGMP, thereby enhancing erectile responsiveness.

The advantage of Cialis over Other ED drugs

Tadalafil is part of the PDE5 inhibitor group of drugs that are used to treat erectile dysfunction in men. Just like all approved drugs from this group, such as sildenafil and vardenafil, it only works when a man is mentally or sexually aroused. The advantage of Cialis over these other two drugs is its longer half-life (17.5 hours). Simply put, Cialis stays in the body longer, extending its therapeutic effect for up to 36 hours compared with the four- to six-hour duration of Viagra and Levitra. The longer duration of action of Cialis has earned it a fitting nickname “The Weekend Pill.”

This drug is not affected by food consumption, so it may be taken with or without food. It is worth emphasizing that PDE5 drugs require NO to facilitate the conversion of guanosine triphosphate (GTP) into cGMP. Without sexual arousal and nitric oxide production, any PDE5 drug will be ineffective. Please note that Cialis’s longer duration of effect does not come without drawbacks: a longer duration of action is associated with a higher risk for drug interactions.

How to take Cialis

The recommended starting dose of Cialis is 10mg to be taken as needed, at least 30 minutes before anticipated sexual activity. The dose may be decreased to 5mg or increased to 20mg, based on the patient’s tolerability and the drug’s efficacy. Patients should only take one dose per day unless otherwise directed. If patients have benign prostatic hyperplasia or ED with BPH, they might be prescribed with 5mg of Cialis taken once daily. Since the active ingredient of Cialis can remain in the body for more than two days, patients who are suffering from kidney or liver disorders should use caution when taking this medication. If patients are advised to take a daily dose of Cialis, they should take the medication around the same time every day.

How effective is Cialis for Erectile Dysfunction?

In clinical trials, Cialis was able to improve erections by 67% to 81% at 10mg and 20mg doses, respectively, while those in the placebo group reported 35% improvement. Tadalafil also showed success in improving erections in hard to treat subgroups, such as those suffering from diabetes mellitus. According to the European Medicines Agency, a continuous once-a-day regimen with 5mg Tadalafil can act as an alternative to on-demand dosing for couples who anticipate frequent sexual activity.

What to do if Cialis doesn’t work for you?

There are many ways to manage ED. While oral PDE5 is the gold standard in treating general erectile dysfunction in men, it may not always be effective. Cialis may not work because:

In order for ED treatment to succeed, patient education is important. A study found that when 81% of 253 PDE5 inhibitor non-responders were given educational materials and detailed instruction sheets about the drug, more than half of them experienced successful treatment. Treatment education, psychosexual therapy, and improving associated medical conditions all play a role in managing ED successfully.

Health & Wellness
The amount of information you can find online about diabetes is almost enough to dissuade anyone from spending any real time reading about it. Still, it seems logical that bloggers, writers, and businesses alike are so adamant about sharing this information given how common diabetes actually is. Not only that, but a lot of people still seem to have a hard time understanding what diabetes is, why or how people get it, or what it means for those who have it. Think of the following article as a simple digest that you can share to help your friends or family members better understand more about diabetes. About Diabetes First, we need to talk briefly about what diabetes actually is. Diabetes is one of the most common diseases known to mankind. Medically referred to as diabetes mellitus, it is a metabolic disease that causes persistently high levels of sugar in your blood. If left untreated, these high blood sugar levels can cause blindness, amputation, kidney failure, heart attack, stro ...
Explore

Postpartum Depression, the baby Blues or a nasty color much deeper?

Health & Wellness
There’s an old joke that asks, “Why did God make babies so cute?” Answer: “So you wouldn’t throw ‘em out the window.”   While this may be funny on the surface, there is an ominous overtone that isn’t very funny at all. The joke underscores how much hard work there is in having a baby and raising a baby, but there is redemption in it because it’s all worth it. In Obstetrics, this has become the least funny joke of all, because there is a condition in new Moms that goes way past the Baby Blues she gets from saying goodbye to her old way of life; this condition, postpartum depression, is true mental illness. Thankfully, it is temporary and treatable.   Postpartum depression, what is it? Postpartum depression (after birth depression) is a mysterious illness that is true clinical depression. It can occur in up to 14% of all new Momsi. It usually begins any time during the first year after delivery, even as soo ...
Community Articles