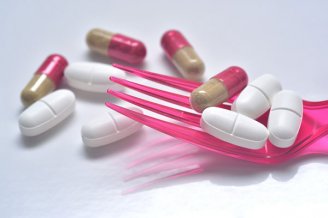 Cialis (tadalafil) is the third prescription drug approved by the US FDA for treating erectile dysfunction (ED) or impotence in men. Clinically, the term impotence is no longer being used and the inability of a man to get and keep an erection firm enough for sexual intercourse is simply referred to as male erectile disorder or erectile dysfunction. In lay usage, impotence has a derogatory connotation and its true meaning often confused many. Impotence is a reproductive system disease in which one is unable to engage in a sexual act due to various reasons, which may include sexual arousal problems, premature ejaculation, inability to gain an erection, or having a weak erection. In this sense, the term can also be applied to women sexual disorders.

Cialis, just like Viagra (sildenafil) and Levitra (vardenafil), is a reversible phosphodiesterase 5 inhibitor (PDE5) that enhances erectile response to sexual stimulation by increasing blood flow to the penis. Compared to sildenafil and vardenafil, tadalafil has the longest duration of action. Cialis stays in your system for up to 36 hours or more, though there are other factors that can affect how long the drug stays in your body. The half-life of Cialis is 17.5 hours, while Viagra has a half-life of 3–5 hours. That is why the effects of Cialis can last for up to 2 days or more. As with all medications, Cialis can affect each person differently.

The major selling point of the branded tadalafil is its long-lasting action. The drug should be taken 30 minutes prior to sexual activity, and its average onset of action is 16–45 minutes. You can take Cialis with or without food, but many individuals reported early onset of action when it’s taken on an empty stomach. While other PDE5 inhibitors are taken on an as-needed basis, Cialis can also be taken on a daily basis, but in a lower dose. The usually prescribed dosage is 10mg as needed, and 2.5–5mg for daily usage. As a daily regimen, you should take Cialis around the same time each day for best results.

Concomitant use of nitrates, including recreational inhalation drug known as poppers, with PDE5 inhibitors is contraindicated. When coadminstered with antihypertensive drugs, tadalafil lowers blood pressure at 4 to 10mm Hg. If you are taking antibiotics or antifungal drugs, limit dosage to 10mg within a 72-hour period. In contrast with Viagra, changes in color vision is reported less in Cialis (less than 0.1 percent). Tadalafil does not inhibit PDE6, which may account for fewer reported visual disturbances. Tadalafil also inhibits PDE11, which is expressed in the prostate, liver, kidney, and skeletal muscles, more than sildenafil but its effects are unknown. The most common side effects associated with tadalafil are:

There are rare reports of priapism (persistent and painful erection of the penis lasting for several hours) in all medications in this drug class. Priapism is a medical emergency that can cause permanent damage to your penis if not treated immediately. You can employ some strategies to reduce erection as long as they do not delay timely medical attention:

In a multicenter, open-label trial spanning 12 months and involving 1,173 patients, tadalafil was safe and well tolerated. 74.8% of patients, with mean age of 57, were taking concomitant medications for controlling comorbid conditions, such as diabetes mellitus and high blood pressure. There were four non tadalafil-related deaths that occurred during the trial. The study demonstrated that tadalafil at doses of 5, 10, and 20mg taken as need for 18–24 months was safe and well tolerated, supporting the long-term use of the drug for the clinical management of ED.

In five clinical trials comparing tadalafil with placebo, 68 to 77% out of 321 men reported an erection suitable for insertion, compared with 42 to 55% in the placebo group. However, only 50 to 70% reported successful intercourse. Participants’ satisfaction with intercourse was reported at 9.3 and 7.4 in the placebo group out of a maximum score of 15. Overall satisfaction was 6.7 over 10.

8 Sure Ways to Beat Your Allergies

Health & Wellness
Almost a quarter of all Americans suffer from Allergies, while more than half of all Americans test positive to at least one allergen. Yet, despite being well-studied and increasingly more common, allergies continue to wreak havoc. Many people rely on both prescription and non-prescription medications to mediate their symptoms, but they are often not enough. That being said, here are 8 sure ways to beat your allergies. 1. Make Your Home Allergy-Proof Even those with outdoor allergies may find themselves feeling only mildly better after taking shelter in their homes. If you are one of these people, it may be because allergens are finding their way inside. Allergy-proofing your home can be an effective way of stopping those pesky allergies and making your life more comfortable. Do you use fans to cool your home? Fans tend to draw air in from the outside, dragging those annoying outdoor allergens in with it. Try using an air conditioner instead. This way, you can keep cool while keeping ...
Explore

The Dark Side of Exercise – When NOT to Exercise

Health & Wellness
There is no question that getting enough physical exercise is crucial for improving and maintaining your health. Do you want to feel better? Do you want to sleep better? Do you want to look better? Ask these questions to almost anyone, including doctors and other health care professionals, and their response will likely include getting enough exercise. There is one question, however, that we do not often ask: is there ever a time when exercising is a bad idea? You may be surprised to learn that yes, exercising is sometimes a horrible idea. Read the following information below to find out more about when you should or should not exercise. When You Are Sick Some people are adamant that exercising through coughs and colds is perfectly fine and that it can even help you get over what ails you. Many doctors agree for the most part, but there are some cold and flu factors that will dissuade almost any health care professional from encouraging you to exercise. Fever is one of those facto ...
Community Articles