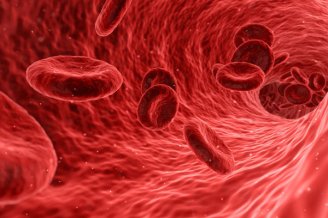 Eliquis (generic apixaban) is an anticoagulant or blood thinner medication that delays the clotting of blood. It is approved by the US FDA in 2014 to treat deep vein thrombosis and pulmonary embolism and prevent their recurrence. It is also used to reduce the risk of blood clots and stroke in people who have atrial fibrillation.

What are blood thinners?

Blood thinners are prescription medications that prevent the formation of blood clots. It is also helpful in preventing existing clots from getting larger. Blood clots are dangerous; they usually form in the arteries, veins, and heart that can lead to blockages, heart attack, and stroke. There are two types of blood thinner medications: anticoagulant and antiplatelet. Eliquis belong to the anticoagulant type, specifically direct oral anticoagulant class, or DOAC.

Since mid-1950s, warfarin has been the mainstay of anticoagulant therapies. It belongs to the class of vitamin K antagonists (VKA) that blocks the circulation of clotting factors by competing with vitamin K. Clotting factors are proteins that are essential in the blood clotting process. They are created in the liver with the help of vitamin K—commonly found in cauliflower, cabbage, and other green leafy vegetables.

While vitamin K antagonists are proven to be quite effective in preventing stroke, it has numerous drawbacks. Patients treated with warfarin and other coumarin derivatives require frequent lab monitoring and dose adjustments. Because of the complex management necessary for VKAs, the pharmaceutical industry has focused on developing oral anticoagulants that could provide predictable therapeutic effects with fewer dietary and drug interactions, and without the need for constant dose adjustment and routine lab monitoring. Such medications are now available in the form of direct oral anticoagulants, also referred to as novel oral anticoagulants (NOAC) or non-vitamin K antagonists.

Anticoagulants are called blood thinners, but they don’t actually thin your blood. These drugs prevent blood clotting by decreasing the blood’s ability to clot. The difference between anticoagulants and antiplatelets, like aspirin or clopidogrel, is that antiplatelets blocks the release of thromboxane—a chemical that signals other platelets to come together and form a clot. Platelets release thromboxane when you get a scratch or cut. Without thromboxane, no clot will form, and your wound will continue to bleed.

Instead of competing with Vitamin K, DOACs directly target the blood’s clotting factors (factors IIa and Xa). Apixaban or Eliquis works by binding to factor Xa, which is involved in the formation of clotting components fibrin and thrombin. By blocking the action of factor Xa, the blood will be less likely to form a clot.

In the ARISTOTLE (Apixaban for Reduction in Stroke and Other Thromboembolic Events in Atrial Fibrillation) trial, researchers have concluded that apixaban was superior to warfarin for preventing systemic embolism and stroke in patients with atrial fibrillation. Moreover, a lower mortality rate was observed among participants in the apixaban group over those who took warfarin. Another advantage of apixaban is its reversible inhibitory effect on factor Xa. To reverse or minimize the effects of apixaban, activated charcoal is administered if ingestion is within 2 hours. Another agent that can be used for its reversal is four-factor prothrombin complex concentrate (4F-PCC), which is also approved for warfarin reversal.

Health & Wellness
Although people are becoming increasingly more concerned about their health these days, some of the tools we rely on to keep our health in check may not be as reliable as we once thought. The Body Mass Index, or BMI, is one such tool. The BMI is a measurement used to gauge whether someone is underweight, overweight, normal weight, or obese by comparing their weight to their height. Many people, including many health care professionals, believe that calculating your BMI provides a more accurate idea about how healthy or unhealthy you are. Unfortunately, the Body Mass Index may not be that accurate after all. Keep reading to learn more about why the Body Mass Index may not be the best tool to gauge your health. History of the Body Mass Index The BMI was developed by French mathematician Adolphe Quetelet throughout the early-to-mid 1800s. It was originally known as the Quetelet index. It was not until well over a hundred years later, in 1972, that the term "body mass index" was coine ...
Community Articles