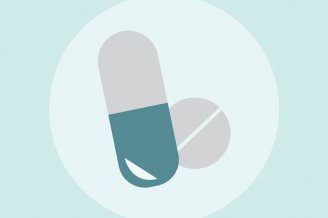 Viagra is the breakthrough development in sexual medicine of the 1990s. Its active ingredient, sildenafil citrate, is a phosphodiesterase type 5 inhibitor, which quickly became the gold standard in pharmacological management of erectile dysfunction (ED). It is highly effective and generally safe that no other innovative therapy, of similar impact, has emerged since 1998. Since then, the focus of manufacturers has shifted to PDE5 inhibitors. Tadalafil (Cialis) and vardenafil (Levitra) have long joined the nearly saturated market.

Male erectile disorder is characterized by Diagnostic and Statistical Manual of Mental Disorders (DSM-IV-TR) as having a “persistent or recurrent inability to attain, or to maintain until completion of the sexual activity, an adequate erection.” The introduction of the most popular and widely used PDE5 inhibitor, Viagra, has revolutionized the management of a disorder, once inadequately referred to as impotence.

Many experts are weighing in the disadvantage of leaning to Viagra as the be-all and end-all of male erectile disorder management. One could argue that while the physical aspect of erectile dysfunction is being well taken care of, the other factors—psychological or biopsychosocial– are being neglected. Despite the effectiveness of sildenafil for ED, it is still not the super pill for some patients. The main downside of Viagra is its cost. Pfizer’s Viagra retails at $60 for one 50mg pill. A three times a week tryst in bed will put an additional $720 on top of your monthly expenses.

PDE5 inhibitors have proven extremely useful in treating the sensitive problem of male erectile disorder, but their capabilities are limited with regards to increasing sexual desire. Still, Viagra is here to stay, and is going beyond the confines of the bedroom. In fact, a lower-dose version of sildenafil is also being used to treat pulmonary hypertension. Viagra went generic in December 2017. Pfizer created their own “little white pill,” the generic version of Viagra at almost half the price. Through a licensing arrangement, Teva Pharmaceuticals Industries Ltd will be able to take a bite out of Viagra’s sales by adding sildenafil citrate to their 1000 generic medicines portfolio. There is no better time than now to refill your Viagra prescription bottles. Some authors even believe that PDE5 inhibitors may soon transition to OTC status, which will further bring down the price of Viagra in the near future.

Viagra as a recreational drug

As soon as Viagra hit the shelves in 1998, dangerous recreational use of the drug among young men and women in their 30s was also observed. A 1999 survey showed that 15 out of 2056 customers in a nightclub in England have used sildenafil as a recreational drug to boost sexual performance, with some participants even combining it with other illicit substances such as cocaine, cannabis, and heroin. International Journal of Impotence Research discovered that in the past three years, Viagra prescription for men under 45 have tripled. The fastest growing sector of the market for sildenafil was among men aged 30–39.

The future of Viagra and other PDE5 inhibitors

Unless groundbreaking therapies using new molecular targets are discovered, Viagra will continue to be the proverbial light at the end of the tunnel. Sildenafil citrate, though, is not the only PDE5 inhibitor. Besides its high cost, Viagra is not always a patient’s first choice because of its restricted duration (4–6 hours), which hinders the spontaneity of the act. Many patients with ED of varying etiologies have benefited greatly from the availability of Viagra alternatives, including tadalafil and vardenafil. Cialis, the brand name of tadalafil, shares a higher preference among PDE5 inhibitors because of its longer duration of action (up to 36 hours).

Health & Wellness
How are sleep disorders treated?   A sleep disorder is called a parasomnia. Treatment of parasomnias, of course, depends on the specific disorder, which ends up being an itemized bullet list of “If A, then B” (see below). Sleep disorders discussed below include: Narcolepsy Sleep-related breathing disorders Sleep apnea Pulmonary ds Hypoventilation disorders REM-related sleep disorders REM disorder NREM disorder Circadian disorders Insomnia   The need for sleep and the need to fix sleep disorders Itemized bulleted lists can fan out the differences among them, but what unifies all of the sleep disorders is the end-result on the person who suffers with inadequate sleep. Lack of alertness is dangerous. Daytime fatigue makes more likely poor judgement (deficits in information processing), delayed reaction time when microseconds count, and reduced vigilance which can result in an overcorrection when suddenly startled awake by a cri ...
Explore