Treatment and medications for acute and chronic bronchitis and COPD

Treatment and medications for acute and chronic bronchitis and COPD 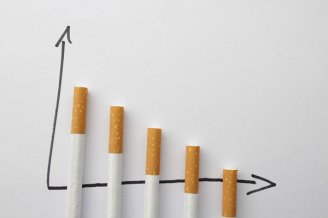 Acute bronchitis is a temporary condition that is usually viral and, as the name suggests, involves the bronchi. Unless it is complicated by pneumonia, which is rare, it usually resolves spontaneously. Treatment for just the symptoms usually suffices.

Chronic bronchitis, on the other hand, is a significantly different condition and is a type of chronic obstructive pulmonary disease (COPD). Treatment for it and COPD conditions requires more aggressive management due to how severely these conditions jeopardize one’s health.

The main feature of acute bronchitis is a cough that will persist from five days to several weeks, with an average duration of 18 days. Such a persistent cough can strain the intercostal muscles, which are chest muscles between the ribs, or can even strain portions of one’s diaphragm. Pain from inflamed intercostal muscles or the diaphragm can be addressed with NSAIDs if this were to happen. In the absence of these specific complaints, NSAIDs will do nothing to treat the acute bronchitis itself. For the most common symptoms of acute bronchitis, patients should use the following treatment modalities:

Chronic obstructive pulmonary disease is a spectrum of conditions that are all interrelated but share a common criterion: airway obstruction. The following are conditions that fall under the umbrella term of COPD:

Emphysema: When the separations of spaces among alveoli are destroyed, the smaller spaces coalesce into larger ones, and the surface area that allows all of the chemical reactions for the complex process of respiration decreases.

People with this condition are referred to as a Pink Puffer, and it involves slightly reduced oxygen and normal carbon dioxide.

Chronic bronchitis: This is defined as a chronic productive cough that, at the minimum lasts for three months in two successive years. It is diagnosed when other causes for the chronic cough have been ruled out.

People with this condition are referred to as a Blue Bloater, and it involves markedly reduced oxygen and increased carbon dioxide. As the name implies, the complexion, due to the low oxygen and higher CO2, loses its rosy appearance and becomes dusky.

Chronic obstructive asthma: The chronic inflammation of the airways with COPD causes a tissue response that leads to wheezing, breathlessness, chest tightness, and coughing, especially at night and the early morning.

For the chronic bronchitis condition seen in COPD, the same medications used in acute bronchitis are usually not helpful and may even be harmful, as they could cause further bronchoconstriction. Smoking cessation and avoiding second-hand smoke are certainly helpful.

An important consideration is what exactly is happening during this phase. Mucus is thicker (an overreaction of protection strategies) and the cilia that move the mucus and other substances up and out are paralyzed, allowing for accumulation that is coughed up sporadically, which is known as smoker’s cough.

Also, of the two brainstem stimuli for automatic breathing—low oxygen and high carbon dioxide—the chronic high carbon dioxide has dulled this reflex, making low oxygen the only stimulator left. As a result, giving someone with COPD oxygen, while appearing prudent, will raise the oxygen and eliminate the only stimulus left (hypoxia) for breathing. Oops!

How is COPD and its severity diagnosed?

Since pink puffers (emphysema) have normal or nearly normal oxygen, all will appear well until exercise, when their reduced “reserve” for exertion becomes apparent and the oxygen saturation crashes. With blue bloaters (chronic bronchitis), oxygenation may even improve with exercise due to the extra red blood cells that are in operation from the disease.

How is COPD treated?

COPD is the fourth leading cause of death worldwide. It is also preventable, most notably by quitting smoking, which is the subject of the next article in this series. The best treatment for COPD is preventative treatment, of which preventing smoking at an early age is a crucial element. Not everyone (about 17–30%) who smokes will get lung cancer, but a substantially larger percentage will get heart disease and lung disease to some extent.

Health & Wellness
“Migraine” derives from the Latin word hemicrania (or heMICRANia), meaning “half the skull.” As early as the second millennium B.C., migraine headaches have been categorized as different from other types of headaches by their peculiar qualities: Typically unilateral, although a third can involve both sides of the head. Preceded by the migraine aura in a fourth of patients—a visual, olfactory (smell), or other sensory illusion that precedes or accompanies a migraine, but may occur even without a subsequent headache. Throbbing, increased with movement or exertion Pain builds up over a few hours. Lasts from a few hours to three days Associated with nausea and vomiting Hypersensitivity to bright lights and sound   Statistics on Migraine According to the Migraine Research Foundation , migraines affect a billion people worldwide as the 3rd most prevalent human disease. Most common between the ages of 25-55, children can also get them. They ...
Explore

Health & Wellness
Tamoxifen is one of the drugs that improves fertility in women by increasing the number of viable eggs produced from the ovaries. Depending on the tamoxifen dosage that a woman takes, the drug has different effects in aiding fertility. Before taking the drug is it advisable to consult you, gynecologist, because there are various factors that determine the dosage such as age. Older women might need a higher dose to improve fertility. Initially, the drug was used by women going through chemotherapy because of the adverse effects it has on fertility. It was observed apart from preventing and managing breast cancer; the drug increased the number of viable eggs. Who is the right candidate for Tamoxifen? The drug is very specific in the treatment of fertility because it can only treat infertility associated with ovulation problems. It helps in the induction of ovulation, so it is best suited for women who have a problem with ovulation. This is mainly women who have been diag ...
Community Articles