To Be or Not to Be - That is the Contraceptive

To Be or Not to Be - That is the Contraceptive 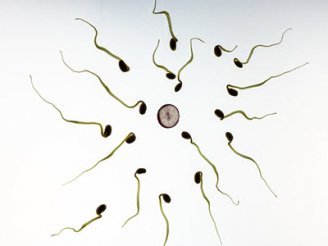 Conception, the interaction between a sperm cell and a woman’s egg, is an addition greater than the mere sum of the parts. This is the construction of a unique combined set of genetic information that renders a single individual unlike any other. (With identical twins, triplets, etc., it is a lucky duplication of this, but—still—a unique set of genetic information.) With an average of 60 million sperm competing for the one egg, there is only one in a 60-million chance that any one of them will be part of a real human being 281 days later. It’s a lottery win, and it’s a sobering thought that really puts the important things in life into perspective when someone cuts you off in traffic.

Is contraception the same as abortion?

No. The controversy over abortion is because this stops what follows after conception, which is a process already started. Whether the initial fusion of genes or when the fetus can survive outside the womb is the exact beginning of life are the two ends of the “definition of life” controversy that fuels the abortion debate. Contraception, on the other hand, skips the melodrama altogether because it’s a way to prevent anything from even starting.

Non-surgical (non-vasectomy) male contraception has until now been assigned to the condom alone. To stop sperm production requires something toxic to normal tissue, which has made it a dead end so far. But the female menstrual cycle, a feedback-loop involving the brain (hypothalamus, pituitary), the ovaries (via egg follicle development and ovulation), and the uterus (womb, which prepares its lining for implantation) has offered many opportunities for interruption without the need for toxins to kill normal cells. Unless it’s mechanically interrupted via tubal ligation or vasectomy, this gives couples the gift of reversibility.

The combination pill of an estrogen and a progesterone: Levora, Loestrin, Low-Ogestrel, Ortho-Novum, Orth Tri-Cyclen, Seasonale, Seasonique, Yasmin, Yaz, and many others.

This is a flexible, insertable ring of a combination formula of an estrogen and progestin, inserted in the vagina and left for 3 weeks, then replaced after a week without it (when a period should occur). It is the same strategy used in combination birth control pills—just a different delivery method. Surprisingly, it is usually not noticeable by either partner during intercourse.

Such as Norplant II and Implanon

The menstrual cycle in a nutshell

This was the original birth control. The milk let-down hormone, prolactin, interferes with ovulation. It doesn’t forbid it, just interferes with it. Therefore, it’s not foolproof.

Today’s modern contraceptives stop this process at step 1. That is, the estrogen and progesterone in the birth control pill are levels that prevent the stimulation of more estrogen, because it’s already there from the pill. In other words, your body thinks it’s already pregnant, so there’s no ovulation, no cycling. Additionally, the longer the pills are taken, the thinner the lining of the womb, which makes for unsuccessful implantation.

The IUD works at Steps 1 and 5. It is very effective, but it requires a healthcare professional to insert and to remove it. Another disadvantage is that your uterus generally doesn’t like anything inside of it, be it a baby (which provokes labor) or an IUD; such irritation can cause cramping or more painful periods. It also can make any infection worse.

This is a shot of progesterone (Provera) suspended in an oil solution that makes it slowly release the hormone over 3 months. The injection is therefore repeated every 3 months. The advantage is that there’s no estrogen in it, which is good if you’ve had reactions to estrogen before. Also, it does not require remembering to take a pill every day. The disadvantage is that if you don’t like the side effects (irregular bleeding), you’re stuck with it until it wears off, form 4-6 months. It works at mainly Step 1.

These are usually progesterone, time-released, and can last years. The disadvantage is that it has to be inserted and removed by a healthcare professional, usually the doctor who put it in. Like most hormonal contraceptives, this works at Step 1.

Condoms on the man or a diaphragm barrier placed over a woman’s cervix (opening into the uterus) merely block semen from getting any further than the vagina. The advantages are that, used correctly, it’s fairly reliable (but not guaranteed), and it doesn’t involve medication, shots, or procedures. The downside is the higher failure rate and a sound defeat of spontaneity.

Before the birth control pill was introduced in the 1960s, barrier methods, surgery, and abstinence were the only means available to prevent pregnancy. “The pill” changed everything. Reliable—almost guaranteed—contraception, in the times before AIDS and HIV, and hepatitis, fueled the sexual revolution. Nowadays, with these newer diseases, people are again adding condoms to their contraception for disease prevention.

Each of these methods of preventing conception is an article in itself, and this introduction is a good starting point to explore all of the methods discussed above. Stay tuned for more information.

Health & Wellness
How are sleep disorders treated?   A sleep disorder is called a parasomnia. Treatment of parasomnias, of course, depends on the specific disorder, which ends up being an itemized bullet list of “If A, then B” (see below). Sleep disorders discussed below include: Narcolepsy Sleep-related breathing disorders Sleep apnea Pulmonary ds Hypoventilation disorders REM-related sleep disorders REM disorder NREM disorder Circadian disorders Insomnia   The need for sleep and the need to fix sleep disorders Itemized bulleted lists can fan out the differences among them, but what unifies all of the sleep disorders is the end-result on the person who suffers with inadequate sleep. Lack of alertness is dangerous. Daytime fatigue makes more likely poor judgement (deficits in information processing), delayed reaction time when microseconds count, and reduced vigilance which can result in an overcorrection when suddenly startled awake by a cri ...
Community Articles