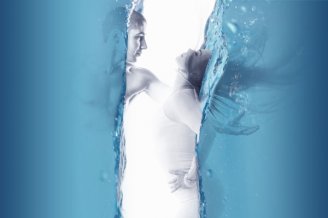 It has long been established that female sexual desire, like that of the male, declines with age. But it’s not the oldies alone who display a lack in libido; many younger men and women are identified with a decline in sexual interest as well. While female sexual disorders are as prevalent, there is somewhat limited understanding of their nature, classification, and pathophysiology. Not surprisingly, there are even fewer treatment options for women’s sexual woes.

The advent of Viagra for erectile dysfunction in men was life changing, which begs the question of whether the revolutionary drug’s benefit can be extended to women. But, is it safe for a woman to take Viagra?

The short answer is: no one knows for sure.

Viagra use in women has not been properly studied, so much so that the FDA has not granted approval for using Viagra on female patients. It is unlikely that your doctor will prescribe the medication, though there are some medical professionals who are dispensing it off-label. While it is not illegal, you have to be informed about the possible effects, whether good or bad, and serious complications associated from using Pfizer’s wonder drug.

What is female sexual arousal disorder?

Female sexual problems are common, occurring in almost 40% of women. The current prevalence of female sexual arousal disorder (FSAD) is unknown. The 1992 National Health and Social Life Survey revealed a prevalence of 43%. In a more recent survey, 39% of sexually active women complained of problems with sexual activity. Decreased sexual desire is the most common complaint among women, next is orgasmic disorder and sexual pain disorders.

In the latest version of Diagnostic and Statistical Manual of Mental Disorders, American Psychiatric Association merged Hypoactive Sexual Desire Disorder (HSDD) with Female Sexual Arousal Disorder (FSAD) to create a new diagnostic category—Female Sexual Arousal/Interest Disorder (FSAID). Experts in sexual medicine deemed the move problematic due to the lack of empirical data supporting the diagnosis, and the risk of excluding individuals with dysfunction from getting proper treatment. The common symptoms reported for female sexual dysfunction are lack of excitement, vaginal dryness, and sensitivity or loss of sensation in the nipples and, or genital area.

Updates from the new category states that the diagnostic criteria must include a minimum of three of the following:

It is thought that Viagra (generic: sildenafil) can help treat various sexual or gynecological problems in women—from having better arousal and vaginal lubrication to relieving menstrual pain. While most of the claims have not been proven, non-hormonal treatments like sildenafil are showing some promise, at least in improving arousal sensation, lubrication, and orgasm among postmenopausal women with primary FSAD and possible secondary sexual dysfunction.

The engorgement of clitoris and labia minora and penile corpora cavernosa in men are the key changes observed in genital organs that signify sexual arousal. Emerging discoveries about female sexual arousal validates the role of Phosphodiesterase type 5 (PDE5) enzyme in both male and female sexual stimulation. PDE5 is also expressed in the smooth muscles of the vagina, clitoris, and labia. This led some researchers to believe that PDE5 inhibitors can also be used to treat genital FSAD. As of the moment, there are very few data available regarding the effects of sildenafil in women with sexual dysfunction and the results are still inconclusive.

While there are evidence supporting the role of Viagra in female sexual arousal, it is often recommended as the last option. FSAD is not a simple disorder; for decades, it has proven to be one of the most difficult to diagnose. Non-hormonal treatment such as sildenafil citrate is a promising treatment modality to explore, but it does not address the underlying causes of FSAD. Aside from these drawbacks, it is not without some side effects. Women who were treated with Viagra reported headache, flushing, rhinitis, nausea, and visual disturbances (i.e., blue-tinted vision). Taking Viagra without a consulting a medical professional may cause life-threatening effects.

Health & Wellness
What is a beta blocker? No, they’re not called beta blockers because they’re being tested. That’s in the computer world. Instead, these are medications, so-called because they actually block things called beta receptors in the heart, blood vessels, and kidneys (and other flavors of them can affect the lungs and intestines, too). Besides blocking the beta-1 receptors being discussed here, there are two other types of beta receptors, beta-2 and beta-3—in the lungs, gastrointestinal tract, smooth muscles, and even in fat; but for our purposes we’ll be talking about blocking the effect of the beta-1 receptors. How do beta blockers work? The beta-1 blockers not only “block”—that is, compete—with the things that turn the receptors on, but occupy them to render them inactive. Since these receptors, when otherwise properly filled, raise blood pressure by constricting arterial walls and stimulate the heart, blocking them is an excelle ...
Explore

Health & Wellness
As the summer weather settles in, many people take to the outdoors to exercise and be more active. For some, this increase in physical activity means more than just sweating, losing weight, and having fun. It means more coughing, more choking, and more wheezing as well. You see, exercise is a trigger for the symptoms of asthma, a chronic inflammatory disease of the lungs. The most common symptoms of asthma include coughing, wheezing, shortness of breath, and chest tightness. Many people with asthma experience a worsening of their symptoms when they exercise, but to understand why, we should look closer at what asthma is and what it does. What is asthma? As mentioned above, asthma is a chronic inflammatory disease of the lungs. More specifically, asthma affects the air passageways of the lungs. If you have asthma, your air passageways become enlarged and inflamed, squeezing and sometimes blocking the flow of air through your lungs. This makes it difficult for you to breathe, especia ...
Community Articles