Viagra vs Cialis vs Levitra Compared: Which Drug Is Best?

Viagra vs Cialis vs Levitra Compared: Which Drug Is Best? 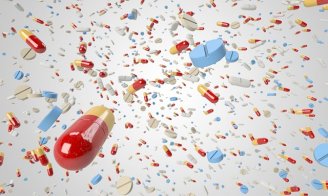 Viagra was an accident.

Sildenafil was a drug being investigated by Pfizer for treating blood pressure. It flunked the stringent FDA criteria to make the grade, but as the story goes, the men participating in the study began snickering about all the erections they were having. And the rest, as they say, is history.

What is Erectile Dysfunction (ED)?

Erectile dysfunction (ED)—formally called impotence—is a failure to have or maintain an erection, which is sexually crippling. Along with premature and other ejaculatory abnormalities, it is one of the categories of sexual dysfunction in men.

The penis normally has a mechanism by which engorgement with blood expands the flaccid, erectile tissues such that penetration in intercourse is possible. Erectile dysfunction—or, ED—affects up to 40% of men over 40 and 70% over 70.

What’s going on? Is it a mutation? A new type of zombie apocalypse?

Why is ED getting to be so common?

We were never meant to last as long as we do. As our technology evolved faster than our physical bodies, advances that resulted in increased life expectancy brought with them age-related diseases never seen when we were all expected to be dead before age 40. Heart disease is new for us. Cataracts, Type II diabetes, atherosclerosis, prostate enlargement and cancer, and even menopause—all new. This baggage also includes erectile dysfunction, since age is a prominent risk factor.

Everyone began throwing their hats in the ED ring

When Pfizer made billions from their Viagra and with reports of 80% or greater rates of successful penetration, it wasn’t long before other ED drugs hit the market to cash in on this lucrative niche, filling the vacuum created and maintained by the sometimes perceived embarrassment and humiliation of ED.

Enter vardenafil (Levitra) and tadalafil (Cialis), which soon joined the ranks of options, fine-tuning the properties and earning patents—and patients—in their own right. After adequate assessment for causes of ED—circulatory, low testosterone, anatomical, psychological—if all that was needed were something to open the erectile tissues to increased blood flow, relief from this sexual dysfunction was just a prescription away...or not… but buying Viagra without a prescription is not such a good idea. Read why in the article OTC Viagra-A Bad Idea.

Which to choose? Viagra? Cialis? Others?

Once Viagra proved its mettle, the race was on to compete. Not only content to just offer another Viagra knock-off, drug companies searched for properties they could tweak to give their own contenders a competitive edge. This is the arena where the pros and cons of the different drugs could guide one’s choice:

The timing of taking it

Side effects and contraindications

Viagra and Levitra both last for about four hours. Cialis can last over a day.

While this may seem to tip the decision toward Cialis, one must keep in mind that if it lasts longer, one is stuck with it longer, which can be sobering when encountering some emergency requiring medications that might mix badly with it.

Which one is best?

There are multiple options for those who seek relief from ED. A Clinical Practice Guideline from the American College of Physicians (ACP) recommends that the choice be based upon on the patient's preferences, including cost, ease of use, desired duration of action, and adverse effects.3

Health & Wellness
Doxepin hydrochloride cream is a topical medication belonging to the drug class tricyclic antidepressant (TCA). As the name suggests, TCAs are used to treat depression and mood disorders. But the topical cream version of doxepin is used for short-term treatment of pruritus (itch) in skin disorders, including atopic dermatitis or lichen simplex chronicus. The drug is currently under development for the treatment of chronic hives. It has reached phase II clinical trials for this indication in 2017. Doxepin Hydrochloride Cream for itchy skin Itching or pruritus is the prevailing symptoms in certain chronic skin conditions. In some cases, the itch can be debilitating. Yet the market lacks a universally effective anti-itch medication. The fact that the pathophysiology of itch in most cutaneous disorders is still unclear only serves as a barrier in finding a therapeutic solution for this common medical concern. Pruritus is characterized by an unpleasant and irritating sensation ...
Community Articles