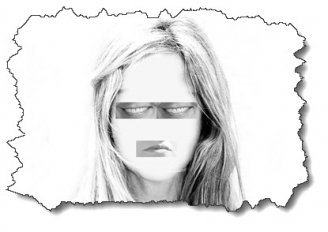 Psychotic mental illness has always been very challenging to deal with because it’s always been difficult to classify. Generically defined as a break with reality, the psychosis spectrum of classification is changing constantly; but over the years it has seemed to settle into a spectrum that ranges from bipolar disorder to schizoaffective disorder to schizophrenia psychosis. Of these, the bipolar disorders—what used to be called manic-depression—can have some features of psychosis and therefore may benefit from the antipsychotics, too.

Neurotransmitters and the brain

The brain is a very busy place, day and night, and the traffic of neurotransmitters is relentless, which is what gives it its amazing capabilities. “Balance and imbalance” of brain chemicals are not entirely accurate words in assessing mental health, because it is seldom a give-and-take of only two things, but a mixed consortium of perhaps hundreds of things that need to go right to keep thinking from going wrong. This is why—if you really dig deep into the officially published mechanisms of actions of the antipsychotics—it will usually say, “The exact mechanism of action is unknown…”

“Mechanism of action is unknown…”?

Does this give anyone confidence in what they are taking? It can be unsettling to read this, but it is not anything like taking street drugs that may have other things mixed in. These are historically tried and proven drugs; yes, there is risk of side effects, but the risk of NOT treating psychosis and its lesser iterations is living a life in which you are not functional. Function is the operative word here. You want to be able to keep your job, to raise your family, to maintain your personal relationships. You want not only to feel normal, but also to be seen as normal by others. Therefore, if there is mental illness along these lines, refusing to treat it could endanger yourself (with reckless behavior or the risk of suicide) or endanger others (with poor, impulsive spontaneous choices).

Mental illness filled a good portion of hospital beds before 1954. This is when chlorpromazine (Thorazine) was introduced. The mental hospitals emptied. Before Thorazine, most mental hospitals were chambers of horrors, but this breakthrough made it possible to mitigate in-patients’ symptoms to the point where people could be treated as outpatients and made functional to some extent. Since then, dozens of newer medications have been developed, reliably reducing the frightening hallucinations, delusions, and paranoia that identify the diseasei.

One size does not fit all

Bipolar disorders, which have swings of mania and depression, can sometimes include psychotic episodes that involve the delusions and hallucinations seen in overt psychosis. (This can cause a misdiagnosis (over-diagnosis) of schizophrenia, which is different in that it is a total break from realityii. Nevertheless, although bipolar disorder—usually treated with mood stabilizers and antidepressants—is not schizophrenia, the temporary psychotic symptoms sometimes seen can benefit from the temporary use of an antipsychotic. Antipsychotics are therefore used as a short-term treatment for bipolar disorder, then discontinued when the symptoms resolve and the more typical bipolar medications instituted.

Doctors also use these type of medications “off label,” which some would say is completely legitimate when appropriately justified and supervised by a doctor. Off-label uses are for insomnia, anxiety, depression, addiction, and narcolepsy.

How long does treatment entail?

In psychosis, there are both “positive” and “negative” symptoms. The positive symptoms are the forthright, noticeable things like hallucinations and delusions; the negative ones are vague things like lack of feeling or motivation. The antipsychotics do a good job for the positive symptoms, but the negative symptoms are usually tougher to conquer. Often, a continuing juggling act of several types of medications, combined with prudent withdrawal of some at times, is necessary.

For bipolar disorder, the treatment may be brief—a few months until things quiet down. For the more serious cases that involve psychosis, it could be life-long, acknowledging that the pharmaceutical juggling mentioned above will be necessary. The newer antipsychotics act quickly, which is useful for the reckless and impulsive behaviorsiii.

Are there alternatives to the antipsychotics?

Not really, unless we risk a return to the pre-Thorazine days. But adjuvant therapies, including psychotherapy, psychological counseling, and social, occupational, and educational interventions work well to increase the success of the medicationsiv.

What are some of the antipsychotics and their classifications?

Whether used for psychotic episodes in bipolar disorders or for psychosis itself, according to WebMDv, the newer quick-acting “atypical antipsychotics” include:

What are side effects of antipsychotics?

Side effects include blurred vision, dry mouth, fatigue, tremors, spasms, and weight gain. Also, since thought disorder is the target of the therapy, there is the risk of worse thought disorder. Also, since any medication can do anything to anybody, a health professional must be on the look-out for any unusual manifestations, and not just initially. Medication right in the beginning may not remain so (the meds stay the same, but the patient changes).

As modern medicine moves from “the exact mechanism is not understood” to better understanding of mental illness and how antipsychotics manage them, we pursue the ideal solution of making people functional again who, before 1954, were doomed to be institutionalized and sequestered wastefully from society. Every human being—and the mind that makes each what he or she is—is too important to waste.

Thank you for reading!


Disclaimer: The contents of this article are for informational purposes only and must not be considered as medical advice. YouDrugstore does not endorse or approve the opinions or views expressed by any contributing author in our community articles. Always consult your doctor for medical advice.

How to Use Viagra for Best Results?

Health & Wellness
It's not as simple as popping a pill and then an erection happens. Sometimes Viagra doesn’t work for you because you shouldn’t be taking it in the first place or you’re taking it the wrong way. To get the best results from Pfizer’s phenomenal blue pill, you should take your doctor’s instructions by heart. Better yet, educate yourself about what ED drugs can and cannot do. Top reasons that could prevent you from getting the best results from Viagra One study in 2004 revealed that men are more distressed about their ED when Viagra failed to work. A successful treatment boosted their confidence, but if the drug did not work on the first try, the impact to their self-esteem was so great it drove some men to depression. But, there are many reasons why Viagra doesn’t work for some people. Some drugs can have negative interactions with Viagra. Likewise, if you have certain medical conditions, Viagra will do more harm than good. So do not take ...
Community Articles