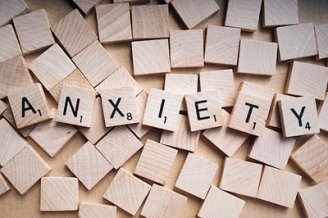 “GAD” means Generalized Anxiety Disorder. GAD is defined as an exaggerated state of persistent worrying that is uncontrollable and impairing and which occurs more than 50% of the time over at least 6 months. It is often accompanied by distress, apprehension, mood irritability and even physical manifestations, such as fatigue and muscular tension.1

An excellent definition is all well and good, but what exactly is it? Why does it strike only certain people? Why is it uncontrollable?

Where do you live?

In the USA, it strikes between 1 in 10-20 people, but in Europe it is less, between 1 in 30-50.2 It is twice as common in women as men and is very common in the elderly. It is at its worst when combined with major depression, which significantly increases the chances of it continuing well into the future. It is possibly inheritable from a parent with depression, passing on the family genes that affect the neurotransmitters in the brain, such as norepinephrine, serotonin, and GABA. There also is evidence of an imbalance between inflammatory and anti-inflammatory proteins toward the inflammatory.

It is unknown why it is over twice as likely in the West, and further appraisal of geographic lifestyle differences, as they impact mental faculties, are on-going.

If we’re so smart, why do we have anxiety over nothing?

Humanity sees itself as the pinnacle of mammalian evolution: the biggest brain, the best executive decision-making ability, and capable of the most foresighted and brilliant pre-emptive strategies. What is it about us that serves as the party-pooper for our celebration of supreme world dominance over all living things? The answer may lie in a certain important player in our survival through the ages.

Fight now or run away to fight another day

Flight-or-fight is an adrenaline response that prepares us for a sudden exertion—getting the hell away from some threat or snapping around to punch out its lights. The pulse quickens, shunting blood to the muscles for increased tone and readiness; the pupils dilate, visually taking in more visual information (“The better to see you with, my dear…”); and even coordinated reflexes fire off, making one turn the head toward a threatening sound before even deciding to do this. But what happens if a person, perched on this survival fork-in-the-road neither flies nor fights? What if there’s indecision. That’s a lot of chemistry in the brain—neurotransmitters and muscular readiness—in motion, unfulfilled.4,5

And then we worry about worrying.

If one were to add an overwhelming sense of dread over a looming threat created by such indecision, it’s not a stretch to see similarities to panic attacks.

The adrenergic neurotransmitters (adrenalin, also called epinephrine) do not work in isolation. Everything affects everything else. The human being is a dynamic interaction of thousands of reactions and counteractions that interplay simultaneously. Put one wrench in the works and impairments start coming out of woodwork. GAD, panic disorders, and depression all share many of the same players in the brain’s neurotransmitter biochemistry.

There are genes that promote inflammatory responses and which alter the general disposition of one’s sense of well-being and wherewithal. The genetic connection among close relatives is strong with GAD. Like depression and neuroticism (negative emotional state), GAD is more common in those with a close relative, specifically, a mother of father, who have it. This suggests that it a genetic disease, although there must me many cofactors that are needed, since such parents often have completely happy, well-balanced offspring.

Such cofactors include neuropsychological factors, such as variations in the brain’s glucose metabolism and brain tissue density of receptor sites (for neurotransmitters). In brain scans, persons with GAD show more brain activity—exaggerated anxious anticipation—when presented with disturbing pictures.

Developmental and personality factors, the aftermath of higher-than-normal number of traumatic childhood experiences, are more prevalent in those with GAD, along with shyness and intolerance to uncertainty.

What are the risk factors for GAD?

How bad can it get?

No one wants to be unhappy. GAD-sufferers are unhappy, if you believe that excessive worrying all the time and intolerance to an uncertain future are downers. Although there are still periods enjoyed as feelings of general well-being, the GAD patient is frequently on the lookout for threats and all of the mind games threats can play on their minds.

Generally a chronic disease, GAD has a gradual onset, often unnoticed (subclinical) before age 20. It can increase the level of social impairment (jeopardizing employment and thereby, finances), relationships, and even cardiovascular disease, leading to an increased risk of poverty, divorce, and mortality.

How is it diagnosed?

General anxiety disorder is diagnosed with a thorough family and personal history to identify GAD symptoms along with appreciation for any other medical or psychiatric conditions. Other conditions should be ruled out, because they often co-exist:

How is GAD treated?

Recent studies have confirmed superior results with the combined approach of CBT plus medication (“augmentation of CBT”).

How long does GAD last?

It does tend to improve—may even go away—after many years in the majority of patients, especially with the lifelong benefits of CBT, which is essentially a lifestyle education of sorts. 20% continue to have GAD twenty years later, making it a lifelong problem. It would seem that jumping on GAD early with treatment gives the best chance to ending up in the successful 80%.

General anxiety disorder is worry about worry—a genetic, evolutionary, and biochemical impediment to the day-to-day goings-on for persons who suffer with it. It is important to address it, not only to improve the chance of resolving it eventually, but to identify other serious disorders that may be hiding within it, waiting for the right moment to erupt.

Vaginitis: What else if not yeast?

Health & Wellness
Vaginitis, inflammation of and around (vulvovaginitis) the vagina is no beauty contest. There are no winners. But there is a hierarchy of prevalence, however. The numbers 1, 2, and 3 causes of vaginitis, in that order are: Bacterial vaginosis, a bacterial change in the normal vaginal flora that results in irritating breakdown products of the vagina’s natural sugars. Yeast vaginitis, a fungus—usually Candida. Trichomonas, a sexually transmitted disease (STD) that can present with symptoms in both a woman and her partner. These make up 90% of vaginal irritations, resulting in inflammation, itching, redness, pain, sexual discomfort, and painful urination. The other 10%? They are less common, but not rare: Chemical vaginitis By this is meant chemicals that are harsh irritants to the vagina. Antifungal creams and suppositories can be too harsh for the delicate vaginal tissue. Vaginal tissue doesn’t have a number of layers of dead cells to buffer them like y ...
Community Articles