What is Eczema? - Treatments and Helpful Medication

What is Eczema? - Treatments and Helpful Medication 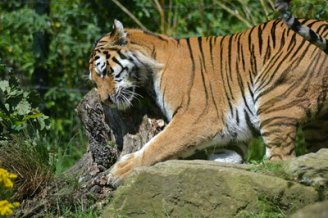 “Skin inflammation,” “dermatitis,” and “eczema” are typically used to describe the same thing—itchy and chronic skin inflammation. The term, eczema, used by itself, refers to the condition known as atopic dermatitis, which is a genetic (hereditary) tendency to develop eczema, usually beginning in childhood. In fact up to 20% of children worldwide have it (11% in the USA), and it appears to be increasing for unknown reasons. Almost three quarters of those with it have a family history of allergies such as eczema, asthma, or allergic rhinitis (allergic runny nose).

People with it don’t “catch” eczema. The fault is in their stars—or in their case, their genes.

The beauty of skin is only skin deep

Skin is the first barrier against bad things in the environment. It not only provides the first defense against irritants and infections, but it also is important in preventing loss of water. In eczema, this barrier is a bit faulty; there is an increase in water loss, the skin gets dry and flaky, and the amount of water loss through the skin can be used to indicate the severity of the eczema. This faultiness in the skin barrier—that is, eczema itself—is a genetic problem, since it is been seen to be almost always shared by identical twins but not much by fraternal twins.

Besides offering a physical barrier, the skin also provides anti-microbial properties. One of these properties is its microbiome, or, the usual collection of bacteria on one’s skin. Show me a human being, and I’ll show you over 35 trillion micro-organisms. They’re everywhere, and our skin is no exception.

There are certainly bad bacteria, but the good ones we have evolved with together are our friends, presenting as an exclusive club of sorts that won’t let others play with them. Like the bad guys. But when this barrier is faulty, as in eczema, the microbiome can change and, to use a cliché, there goes the neighborhood. No doubt this contributes to the extreme itching that comes with eczema.

People with eczema are more likely, therefore, to suffer bacterial and viral skin infections. Since one particular bacterium, Staphylococcus aureus, is on everyone with eczema, there can often be the tell-tale signs of impetigo (infected red sores), one of the hallmarks of a Staph infection.

What’s the deal? What happens in eczema?

Severe itching and dry skin are the main things. There can be papules (bumps) or blisters and crusting in acute eczema. In the chronic (long-standing or adult) versions, the lesions are dry, scaly, or thickened from the scarring of persistent scratching (called lichenification). There are episodes of eczema flares that can be brought on by hypersensitivities to certain foods, irritants, change in humidity, or even stress.

How is it diagnosed?

Itching is mandatory, plus three of the following:

It is noteworthy that in severe cases, it can occur on any skin surface, not just the above areas of flexure or skin creases. Other associated features include the aforementioned impetigo, extra, darkened folds under the eyes, white patterns on the skin, or absence of the outer eyebrows.

With what can it be confused?

Does eczema ever go away?

Most (19 out of 20) people with eczema will see it fade away by late childhood. The remaining 5% will continue with the most persistent sufferers being those who developed it the earliest (age of onset). These chronic sufferers have to treat their condition.

How is eczema treated?

Since severe itching (pruritus) is the major worry for patients, the goal of treatment is to reduce this symptom with anti-inflammatories. This is in combination with moisturizing the skin, since the condition increases the loss of moisture. It all comes down to coaxing the skin to become, once again, an effective barrier to the outside world.

Treatment, therefore, is centered on:

What to not do

Someone has eczema, and that’s a drag. O.K. Understood. Short of invoking a time paradox by going back in time with a time machine and shooting one’s grandfather, the treatments above are matched in importance by the things one should not do:

Eczema is a genetically inherited condition which thwarts the skin’s main functions of being an effective barrier against environmental irritants and opportunistic bacteria, resulting in not only loss of moisture, but hypersensitivity to irritating triggers around us, superficial infections, and damage from excessive scratching.

The heaviest burden to otherwise healthy individuals is the utter devastation to the activities of their daily living that occurs with such severe itching.

Treatment is based on reducing the amount of triggers around, calming the hypersensitivity with topical medications, and restoring the moisture to the skin. These, and the passage of time.

Health & Wellness
If you are trying to get pregnant you will need to know how to recognize the signs of ovulation. This occurs when the ovary is prepared for pregnancy and releases an egg, during the ovulation period the woman in most fertile. Some find it hard to recognize the signs, but if you know what to look for the process is a lot easier. You should first learn your cycle as this will make it easier. The myth is that all women have 28 day cycles and this is not the case. The American pregnancy association explains that women ovulate between day 11 and day 21 of their cycle. There are two parts to the ovulation cycle; the first half is known as the follicular stage and the second half is the luteal phase. The most common physical signs are; increase in body temperature and cervical mucus, abdominal cramps, tender breast and an increased libido. These are just some of the most obvious signs of ovulation. During this time there is a change in body temperature. Many people use a basal body te ...
Explore

Find the Best Fertility Clinic In The USA

Health & Wellness
With the high cost of fertility treatments, you want to have your treatments at the clinic which will give you the best chance of success. Although there are different ways to measure how successful a particular IVF clinic is, one way to measure success is by looking at the number of live births resulting from IVF cycles. If many other women had successful pregnancies after treatment at a particular clinic, chances are you will too. Our best fertility clinic by state rankings are based on the United States Centers for Disease Control and Prevention (CDC) 2013 Assisted Reproductive Technology National Summary Report. We looked at the rate of successful births per hundred cycles, using non-frozen embryos in women under 35, to choose which clinic we think may just be the best fertility clinic in each state. There are some caveats to this information, however. Some fertility clinics specialize in particular causes of infertility or particular groups of patients, such as ...
Community Articles